A masterpiece of Chernivtsi that is justly deemed to the architectural symbol of the city – a Residence of orthodox metropolitans of Bukovina and Dalmatia – was erected in 1864-1882. The incredibly complex architectural ensemble depicts one way or another the historical destiny of Bukovina, its polyconfessional religious and polyethnic cultural traditions and difficult political situation, where Bukovina found itself as one of the regions of multinational Austria-Hungary Empire.

Chernivtsi National University, which is situated today in the Residence of orthodox metropolitans of Bukovina and Dalmatia, is one of the oldest and most beautiful universities of Ukraine (the only one in the country recorded in the List of World Heritage of UNESCO).

A young Czech architect Joseph Glavka, occupying a post of the Deputy Head of the Building Committee (Yevhen Hakman), has become the author of the great project. In 1864 the bishop of Bukovina solemnly laid the foundation stone for a new building on the place of old residence. Thus construction of the complex started, which took almost twenty years.

According to the scope, construction of the residence had no analogues in Bukovina and cost astronomical sums of money. It was mainly financed at the expense of Bukovina orthodox religious fund. For being the neighbors, the local German and Polish catholic communities also made their donations, as well as Jews. The Austria-Hungary government also supported considerably.

It was decided to use the local building materials to the maximum extent possible, and the manufacturers were requested to provide the best quality products. Almost each brick was measured and checked for a sound. The final quality control stage took place during construction itself. Before access to the territory there was erected a special twenty meters rack, and the bricks were thrown to the pavement therefrom. If at least one thereof had any cracks, the whole batch was discarded. Construction process was going on carefully and accurately. In order to ensure high quality brickwork, Joseph Glavka invited thirty best bricklayers from Austria, but they were forbidden to use more than one hundred of bricks per one shift. The mortar was made in huge receptacles, with chicken eggs added.

Construction also considered seismic features of the Carpathians – metal structures were widely applied here, thus increasing solidity and durability of the building considerably. Severe earthquakes of 1940 and 1977, with their waves impacting Bukovina as well, had no effect to the residence.

The created architectural ensemble of the Residence of orthodox metropolitans of Bukovina and Dalmatia struck with its delicacy. Especially distinguishing among the whole complex of facilities was the Metropolitan building. There was the metropolitan’s own residence with spacious apartments, where he worked and rested, and luxurious halls, where the audiences were organized for high guests and diocesan meetings took place. The Synodal hall (Marble one now) was situated here, which was decorated with marble and furnished with side galleries of columns, a Blue hall accommodating the library and archive. The hall for meetings of the Holy Synod occupied a special place (now being a Red hall), with its wall paintings resembling a sophisticated decoration with Chinese red silk, and a wonderful ceiling – a collection of painted Easter eggs. The unique elements of this hall are huge expensive Venetian mirrors that according to the legend may rejuvenate a woman and release a man from his sins.

However, life was changing, and the religious cathedral turned into the cathedral of science.

The solemn opening of the University in the Residence of orthodox metropolitans took place on October 4, 1875. They say that on the next day after opening the students solemnly entered the alma mater: a hundred of coaches, with two students seated in each, drove across the city streets.

At the beginning the university had three faculties – theological, philosophical and the law ones. The faculty of law was considered to be the most popular one – 60% of students chose it. But the theological faculty was mostly attended by the foreign students. It was the only one orthodox faculty in the empire, so no wonder that students came here to study from Romania, Serbia, Montenegro, Bosnia, Bulgaria and even Turkey. At the same time, though taught in German, the theologians learnt the rhymes of Ivan Kotliarevskyi and the Old Slavic Grammar, and the history of Ukraine was taught at the chair of East Europe histories. For almost three decades, the chair of Ukrainian language and literature has been under the direction of Stepan Smal-Stoskyi, a prominent philologist, an expert for Shevchenko and a public man.

Today Chernivtsi university is a beauty of the capital of Bukovina land. This is a city, which they honestly say about: “Chernivtsi is a Ukrainian Paris”.

The writer Osyp Makovei and the composer Sydir Vorobkevych gave classes in the university. Among the students there were Ivan Franko, Denys Lukianovych, Oleksandr Kolessa, Les Martovych, lexicographer Yulian Kobylianskyi (the brother of the famous writer). Mykhailo Drahomanov, Lesia Ukrainka, Volodymyr Vynnychenko had their destinies related to the Chernivtsi university. 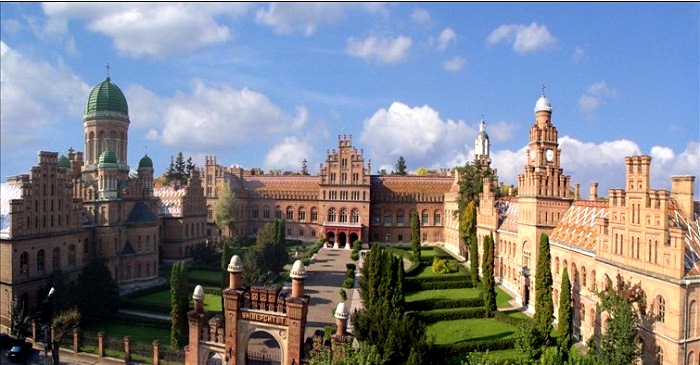 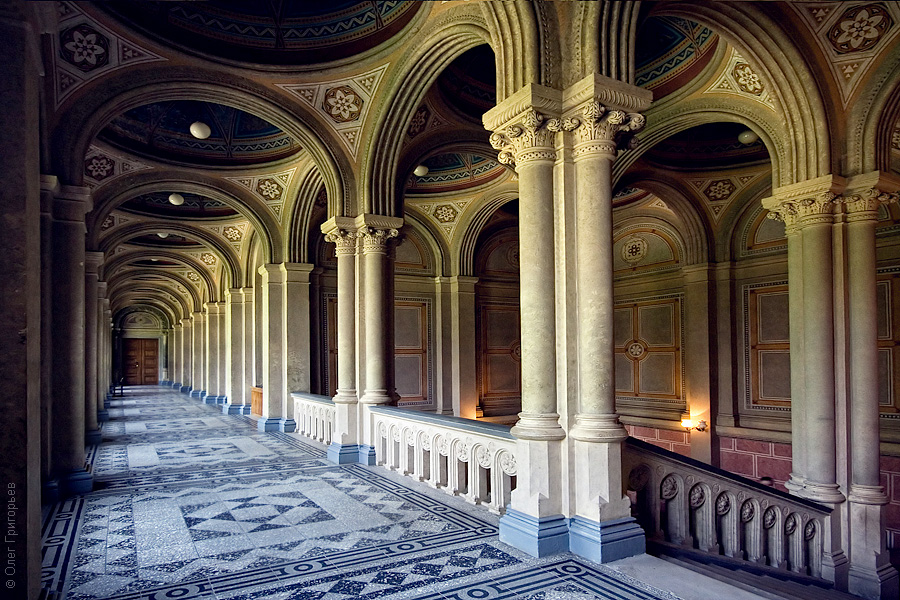 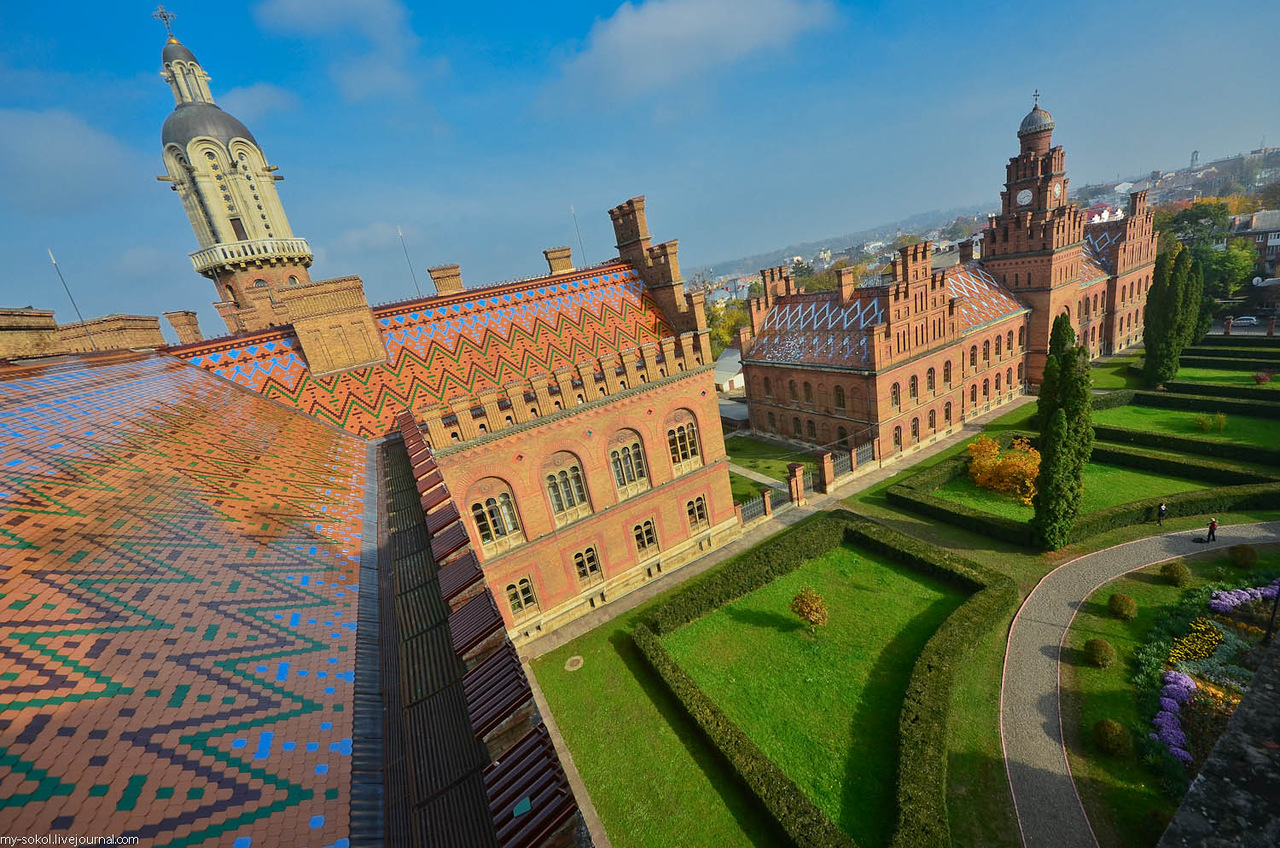 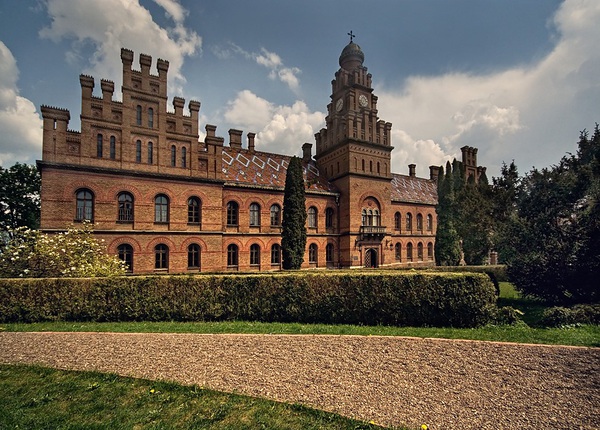 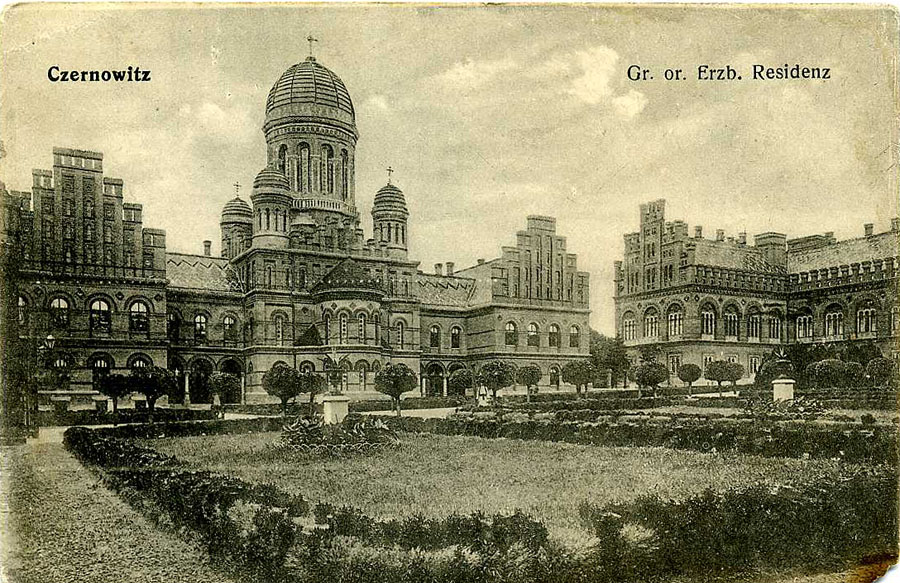