Joseph II, the Austrian Emperor, who visited the city in 1786, provided funds for a new stone cathedral. It is even said that during his visit to Chernivtsi he personally selected the place for the cathedral.

It took 27 years to complete construction. Through shortcomings in design the tower fell twice during erection of the church. The construction activities finally completed in 1814 only.

Especially for the emperor, a throne was built in the church, whereon he sat during divine service. By the way, in the Exaltation of the Holy Cross Church the emperor once met with the Russian tsar Oleksandr, when he visited Chernivtsi.

The church interior retained its original look. The stained-glass windows and oil paintings are of great artistic importance. And the organ obtained by the cathedral as early as in the 70th of XIX century in due time got two medals in Vienna and Paris as a European organ having the best timbre.

The oldest in the Western Ukraine sun clock was mounted in one of the external walls of the holy place. They say that once one of Austrian monasteries gave it into custody to the Exaltation of the Holy Cross Church. In sunny weather the clock still shows time, though in the Vienna time zone.‭‬‬‬‬‬‬‬‬‬‬‬‬‬ 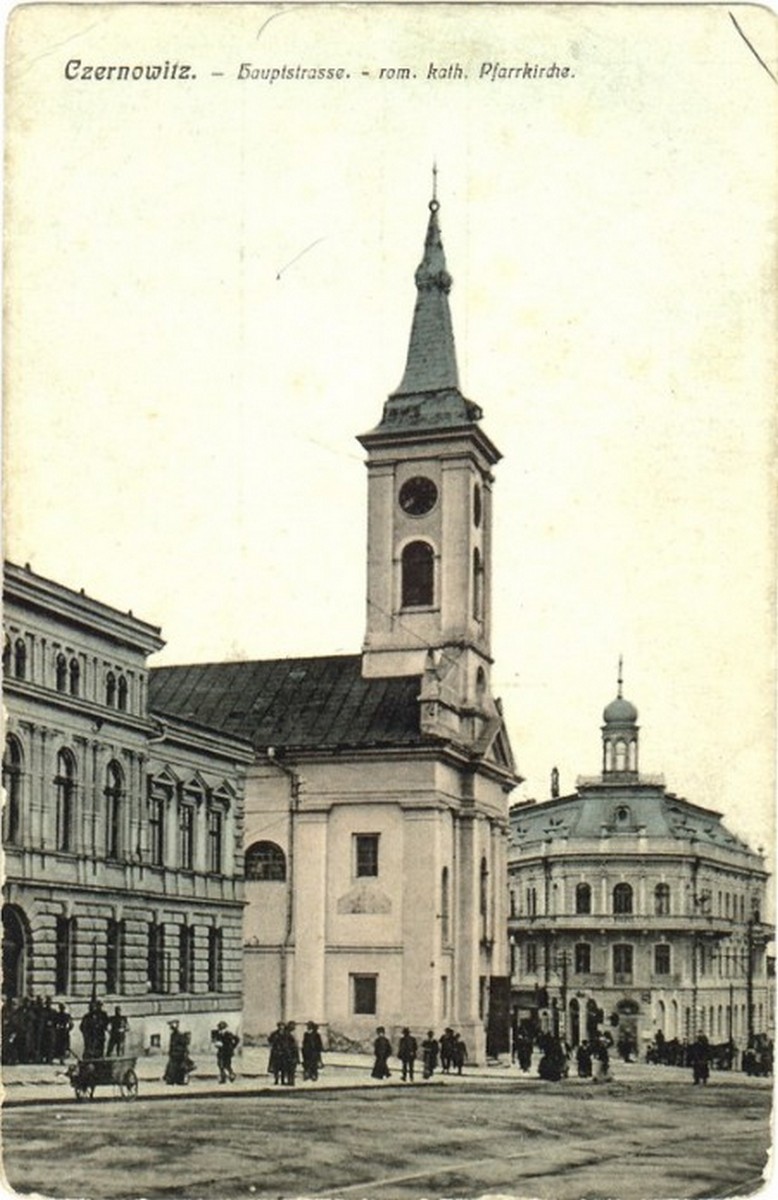