The Central Square is heart of Chernivtsi. It’s a place with all the main city streets spreading every which way as raylets.

For many years of its history the name of the main street has changed on more than one occasion. By 1918 it had been called the “Рíнґпляц” (“Ringplatz”), i.e. the Market Square. After all, the market has always been in the center of city life. Later, in the Romanian period, the central square of Chernivtsi was called “П’я́та Унíрі” (Piata Uniri – the Square of Reunion), then from 1945 for a short period of time it was called the Red Square, and from 1949 – the Central one. Each epoch put its respective meaning in each name.

The city planners planned the entire system of the city infrastructure so that less horse-drawn traffic block the streets, where the clerisy of those days was walking. It is rumored that the whole system of underground facilities was developed for this purpose – the Austrians built underground streets, for the goods intended for stores, restaurants and hotels of the city to arrive to the place of destination, without disturbing the peaceful life of town dwellers on the surface. It is difficult to prove or disprove these facts nowadays, so far as long time has elapsed after development of the city and its Central Square particularly. Governments were changing one another, the city was facing regular interventions and destructions, survived in the terrible war, however, sometimes during the city history there were observed the cases of failures of the soil and discoveries of brisk walls underground.

At the beginning of XX century the European life was boiling in the city. Nowadays also the Central Square preserved its beauty and attractiveness and remains one of the best squares of the European city.

The Chernivtsi town house was built in 1847. Such structures were built for a fall due, so it is not surprising that its foundation is of 6 meters deep. On laying the foundation of the town house, as usual, they put several golden ducats therein, as well as a parchment with a missive to the descendants.

The main role of this building is to be a center of municipal government. It is the place, where the municipal government officials appealed from the town house balcony to the Chernivtsi citizens. By the way, they spoke to the city people in three languages – in German, Romanian and Ukrainian. And, for example, without knowing the three languages, it was impossible to find employment in the police in Chernivtsi at that time.

Those were old times, and nowadays, each day in the afternoon, one can hear from the town house balcony a trumpet playing a well-known song: “And on the other side – there lives Marichka…”

An architecturally perfect building hits one’s eyes to the left from the town house. This is a former financial institution of Bukovina – oshchadnytsia (a savings institution), and nowadays the premises of the Museum of Art (house no. 10). Date of foundation: 1901.

The most distinguishing feature of this building among the others is its luxurious majolica panel picture located in the upper part thereof. Majolica is a kind of ceramics made of baked clay of painted glaze. The panel picture itself is a bright allegory of the Bukovina’s image represented in form of a beautiful woman with a green branch in her hand. Her snow-white clothes are decorated by the land’s historical emblem. It is placed on the background of the man’s orange toga, which represents the Imperial House of Habsburg. A sword in his hand is an emblem of power and imperial dignity, and the wings widely spread above him are a symbol of triumph and protection. This is a composition representing the topic of honouring Bukovina by other lands of Austria-Hungary on the occasion of celebrating the anniversary of constitution adoption and the lands’ emblem assignment.

«Other buildings in the Central Square ensebmle»

The Central Square architectural ensemble is a well-executed combination of various purpose buildings. In particular, downstream the museum there is a three-storied building (house no.9), which is a former famous hotel “Weiss” (Bilyi), where Mykhailo Hrushevskyi stayed in 1894. Earlier this building had been visited by Franz Joseph, the Austrian Emperor.

Across the road, in the house no.2, there was a premise of the former hotel and popular restaurant “Belle View” (Chudovyi Vyd). Indeed, the upper floor rooms thereof were giving a wonderful view of the Prut River and city outskirts.

Such a great quantity of hotels in the Central Square represented the developers striving to open Chernivtsi to guests and show the beauty of this European city. 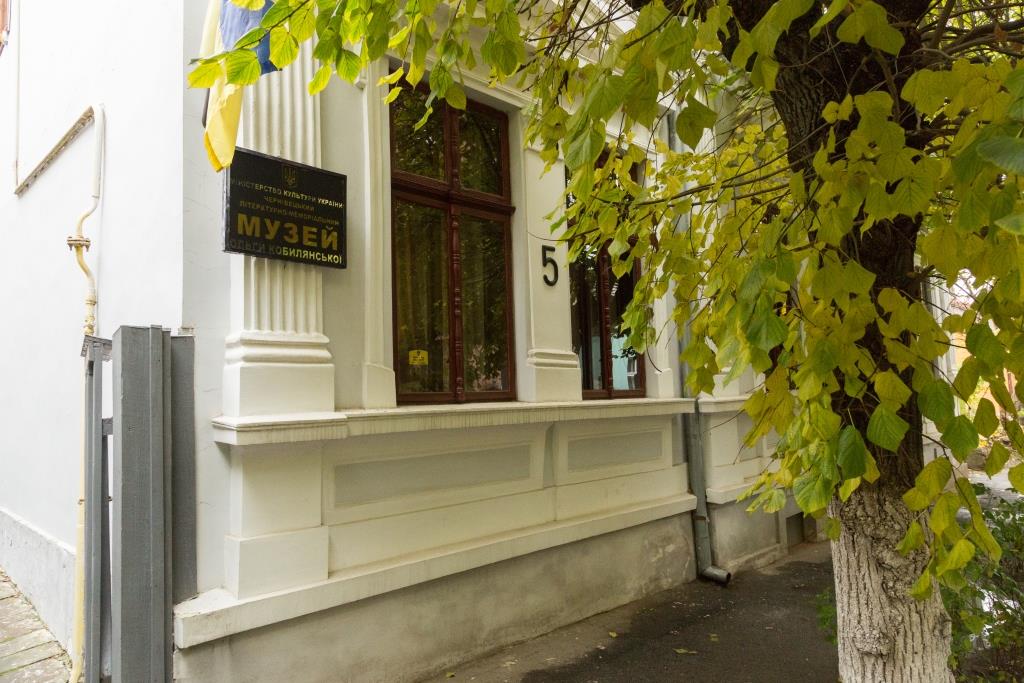 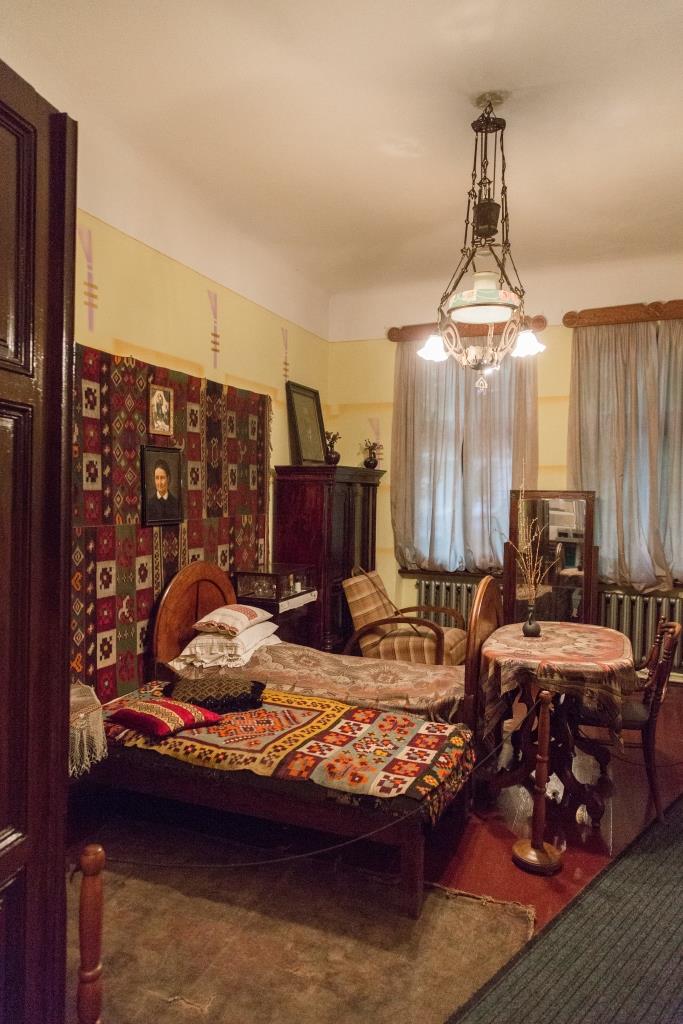 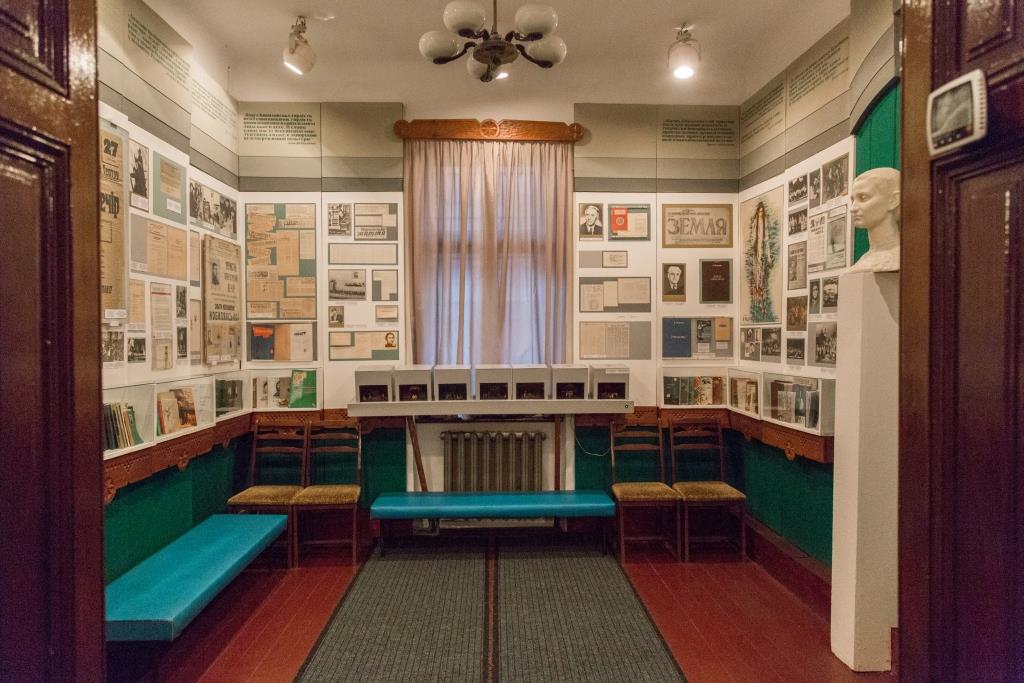 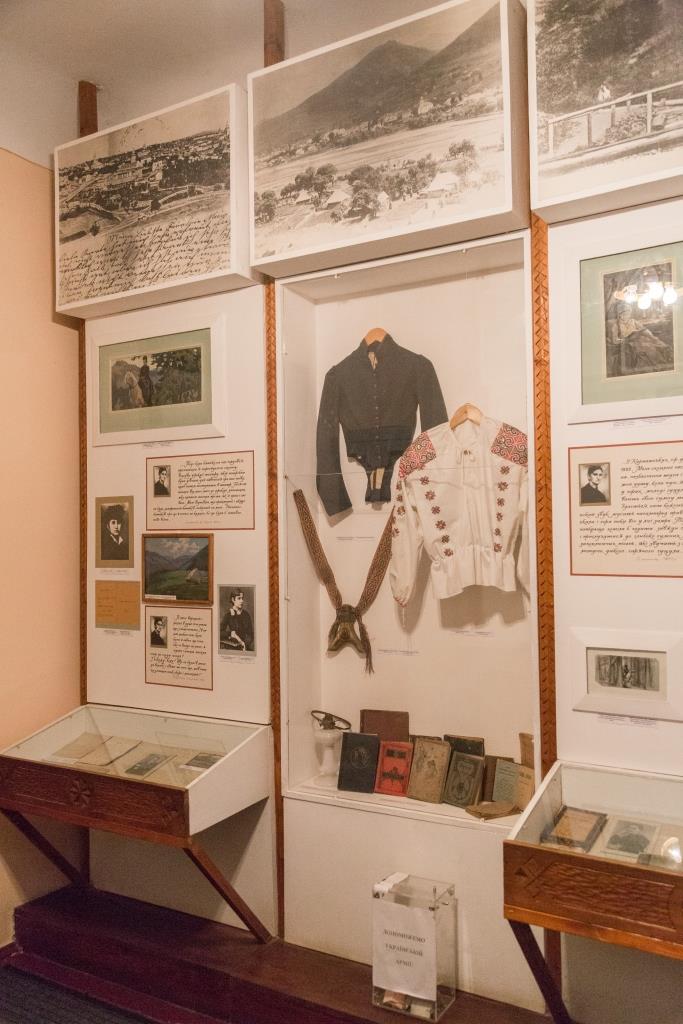