The St. Nicholas Cathedral was built in 1939, in the Romanian period of Bukovina. So, it’s no wonder that the general composition and stylistics of the building remind of one of the main cross-in-square sacral buildings of Romania, the place of the eternal rest of Romanian kings – the Curtea de Arges church. The St. Nicholas Cathedral has the same original “twisted” domes.

The St. Nicholas Cathedral, or as called by people “Piana Tserkva” (drunken church), is situated not far from the center of Chernivtsi. The other name was assigned to the church exactly for its unusual twisted form of side dome drums – such design effect was achieved due to narrow inclined windows in the building.

This building was being built for a long period of 12 years through lack of funds, though otherwise told by the legends. They say that the masters, who were building the church, could not complete construction. Everything the built for the day became destroyed till morning. Once the senior master saw a dream as if they had to make a sacrifice and then they would be able to complete the church. The master decided that they would immure in the church wall that wife, who would be the first to bring the dinner. It happened so that the first wife to bring the dinner was the one of the senior master. So they immured her. The woman was screaming on and on, but nothing could be done… Setting their teeth, the masters were working till night and completed the building. In the morning the church really remained undestroyed. But its domes became twisted as if for pain and torments. 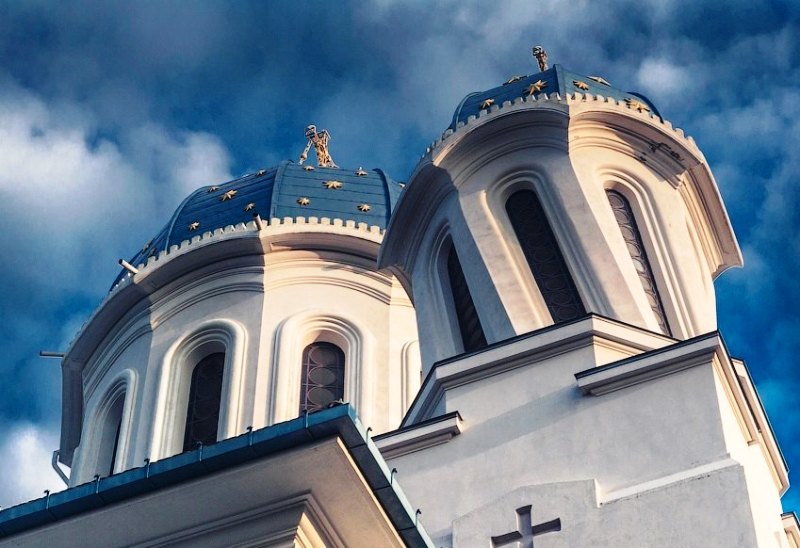 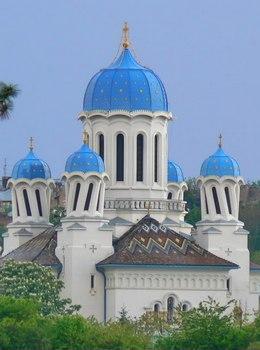