The territory of the present-day Teatralna Square in the Austrian period accommodated the storehouses. In the first half of XX century this place began to be transformed. Its development started with erection of the Palace of Justice. The next one was the municipal theatre. Then there appeared the Jewish House, the chamber of Commerce and Industry, residential houses. The Romanian Palace of Culture was the last building. Finally the square got its completed rectangular shape.

First there was a fish market here and the square was named “the Fischplatz” (Rybna ploshcha). It was renamed later in honour of the Empress Elisabeth of Austria. In the Romanian times the square was called Aleksandri. From the Soviet times and up to the present day it has been called the Teatralna Square.

By its architectural and space-planning design Teatralna Square has no analogues in the town planning. Today it is a favourite place of rest for Chernivtsi inhabitants.

The key building of Tetralna Square is Ukrainian Olhy Kobulianskoi Music and Drama Theatre built in 1905. By the architectural style and interior it is as good as the same of Vienna. A foyer and hall for 800 seats are largely decorated with carving and sculptures; the ceiling of complex flexion creates an incredible acoustics. Such great masters of European opera and drama stage as the great Enrico Caruso, Fedir Shaliapin, Solomia Krushelnytska, Maria Bieşu, an Austrian drama actor Alexander Moissi and others performed here.

Near the theatre, a former Jewish People’s House stands high, a building constructed in 1908. Its façade is largely decorated with Corinthioan pillars and sculptures of the Atlants bearing on their shoulders a sacred ark of the Lord. According to the fine art experts, the composition with the sacred ark of the Lord was shown in free representation. The four Atlants are the avatars of the old Jewish searches: the two outmost thereof inclined their heads because they adopt a fate of always prosecuted people and do not believe in changes in life. The Atlant in the center looks aside. He embodies the part of Jews that abjure their faith and traditions of the parents. The left one in the center is a fighter, he looks proudly above the heads of his fellows. This Atlant embodies the unbroken man, who never inclines his head in the face of strokes of fate.

On the opposite side of the former Jewish People’s House there is a Trade and Crafts Chamber. The Chamber’ façade is like a book for learning the history of crafts and trade and mythology. There is Demeter here, a goddess of the operations of the agriculture, and Hermes, a patron of trade, crafts and sheep breeding. There are the horns of plenty near them. From the both sides the sculpture is completed with the heads of bisons, and the emblems of Bukovina and Austria-Hungary. And the doors in the Chamber are among the most beautiful in the city.

The Teatralna Square is a favourite place of rest for Chernivtsi citizens. 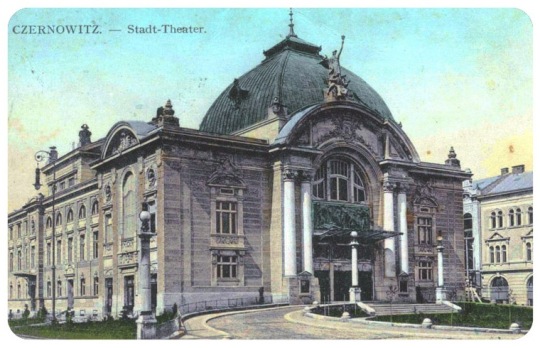 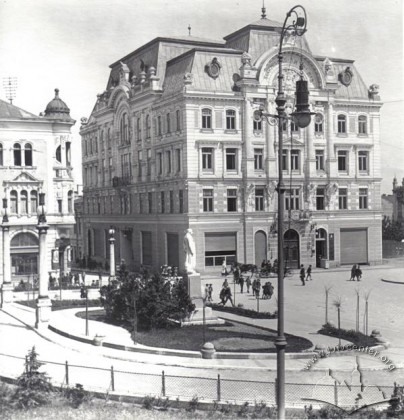 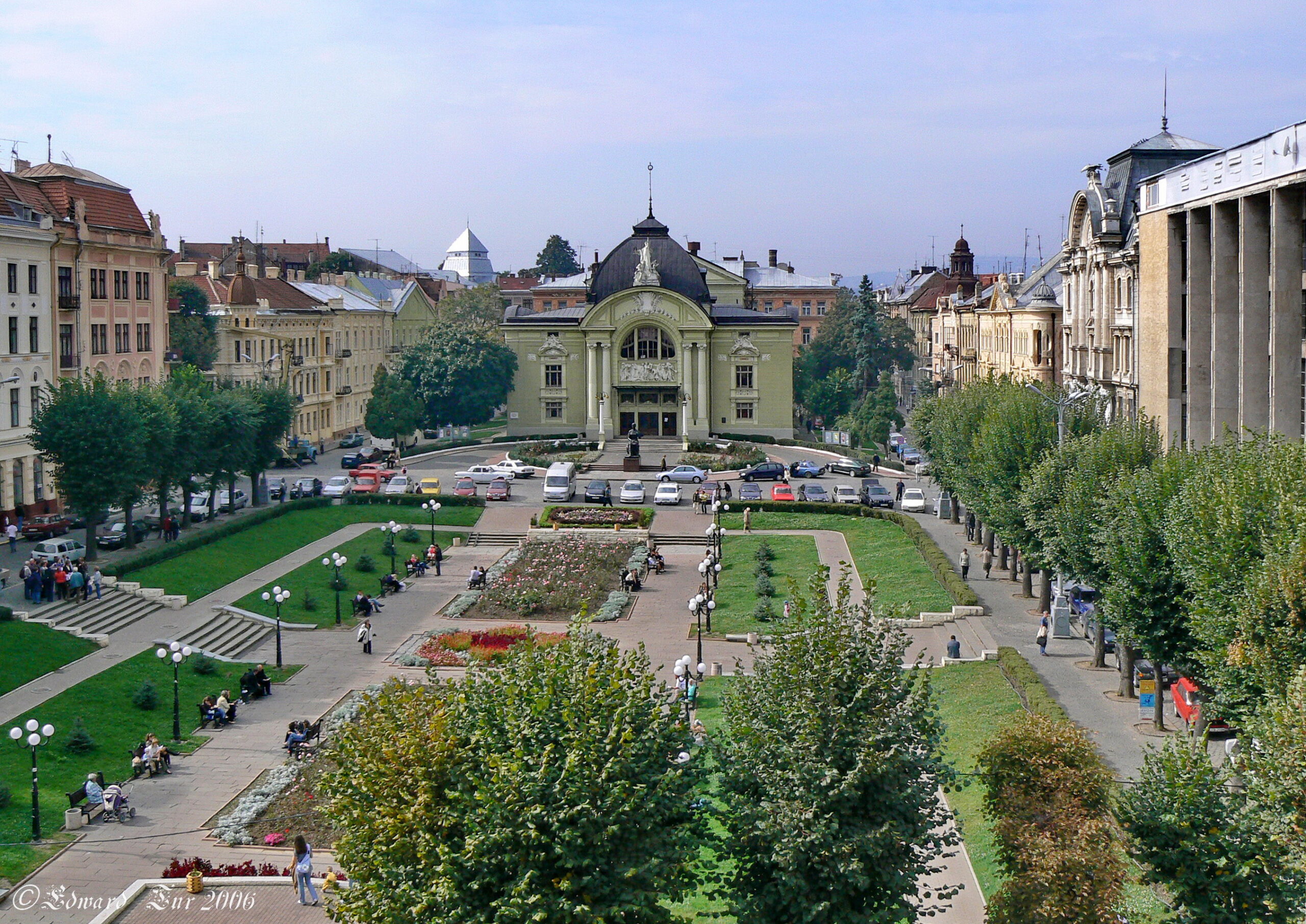