Olhy Kobylianskoi Street, the only pedestrian street in the city, is one of the most favorite places of the Chernivtsi citizens.

The first house of bricks in this street was founded in 1786, and more than one stump was grubbed up in its place. They began to develop the street with mostly one- and two-storied houses. But yet at the end of XIX century the pavements were laid, canalization and electric lighting were made here. New and presentable buildings replace the old and unpleasing ones. Some buildings are reconstructed and the street gradually becomes a business and cultural center.

Accommodation of rich people also dictated the name of the street of that time, i.e. Panska. This name is no wonder, for this place was a promenade of noble people, as well as students, officers, marriageable girls… People went there to find out the latest news and society gossips, see and be seen. At dawn the street cleaners washed the block roads and pavements with warm soapy water, and country people from the villages around bringing fresh vegetables to the Panska Street inhabitants had to wipe their feet carefully before entering the street. This name was preserved till 1918, and the present-day name of Olha Kobylianska, a famous Ukrainian writer, was assigned to the street in 1940.

At the beginning of XX century Panska Street had become all but the most attractive street of the city. This is where the best stores, three cinemas, the largest book shops, editors offices of three big newspapers were located; the latest car versions of Ford and Chevrolet had always been in the shop windows. Traditionally, the first floors were occupied by various establishments and organizations, commercial and entertainment organizations, workshops and photostudios, chemists shops, restaurants and coffee bars, cinemas and bank branches, and nowadays it looks the same.

This is a two-storied house, once being a residential one (1858). The restaurant “Orient”, café “Rossini Unior” also was here. This building is one of the first masonry structures in this street that was rebuilt for many times. But the façade, always being of round shape and surrounded by columns, remained essentially unchanged that is why the townspeople called this building “a house with pillars”. In the Soviet period, after Mykyta Khrushchev visited Chernivtsi, the city suffered a wave of destruction of architectural elements in the ancient houses in the central part of the city that were deemed to be the unnecessary remnants of bourgeois luxuries. It was impossible to remove the sculptures of house no.3, so they were smashed down just in situ by axes and crow-bars. Upon such demolition the house lost its original architectural fashionable appearance.

In Austrian times this building was occupied by the store trading in glass and porcelain products. And in the 20th of XX century it was also accommodated by the store, but this time being a winehouse selling various natural wines and liquors. It had a special department for selling medicinal herb tinctures, as well as seeds of various plants.

It is one of the surprisingly beautiful buildings. Its yard’s confined space is an original architectural composition called an “Italian yard” by analogy with famous patios of middle century towns. This house belonged to the family of prince of Hohenlohe, a vice-regent of the Austrian Imperial House.

A building, with its main façade having a sculptural image of Saint Florian, the patron of firefighters and protector of people against fire, restored to its original look. Date of foundation: XIX century. Once a fire-fighting team was seated here, which was very much needed for the bridge with wooden houses. At the very beginning this house was being built especially for municipal firefighters. By the way, in the second half of the XX century a famous Jewish writer Moysey Altman was residing here.

It is the most attractive house in the city, for yet being in Austria it was called a “good-looker house”. In the years of the First World War, the left part of the house on the first floor was occupied by the military staff of the Russian General Brusilov. Date of foundation: 1863. Therefrom he ran the military actions of the entire front, and also had his own private quarters. There was a travelling iconostasis in one of the corner rooms, and on holidays the priest held a Gods’ service here, with all the officials of the military staff gathered herein. The General himself was a devotee and prayed here every morning.

It is one of the best known buildings in the city. Date of foundation: 1873. This is a Palace of Solemn Events. The building was constructed at the end of the XIX century against order of a well-known industrialist Rosenzweig. For many years it was occupied by the firm offices, financial institutions, newspaper editorial offices, stores, and in the Soviet times this building was assigned for a Palace of Solemn Events. By the way, the windows and main entrance are decorated for the building to resemble the work of a famous French architect Philibert De L’orme (a court architect of the French king). 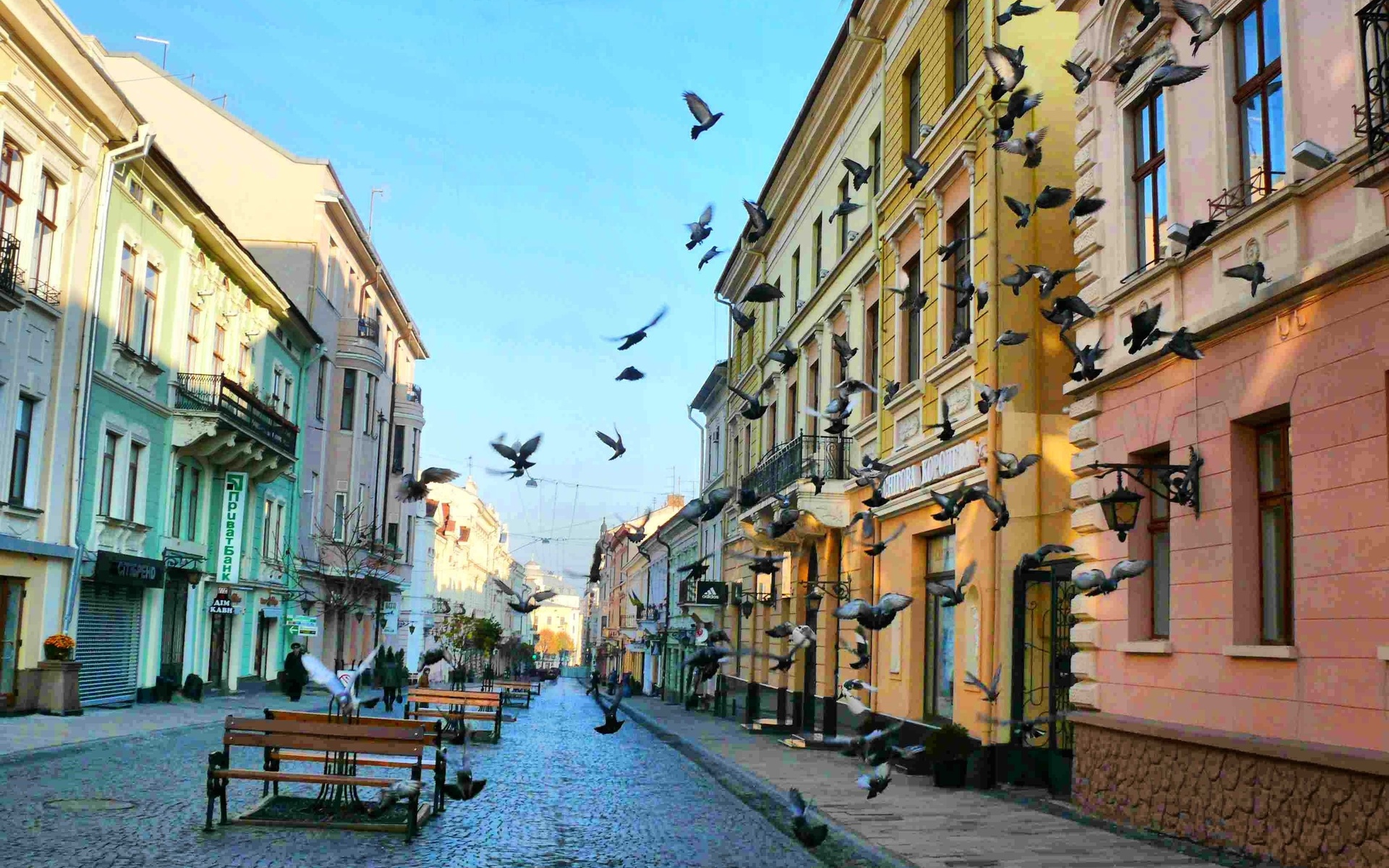 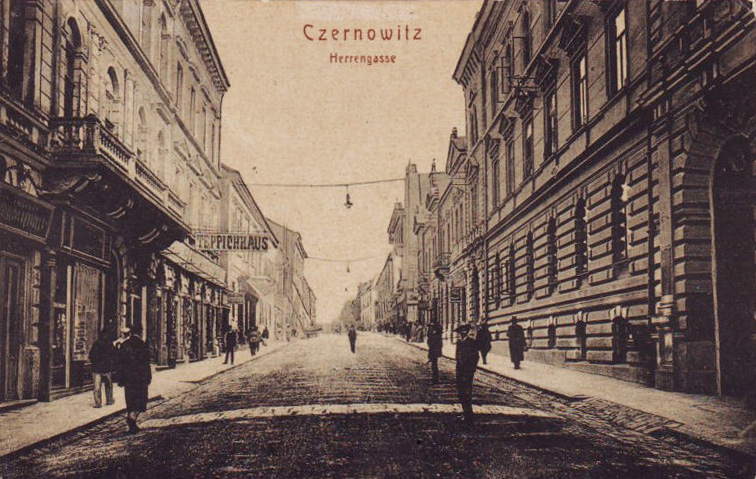 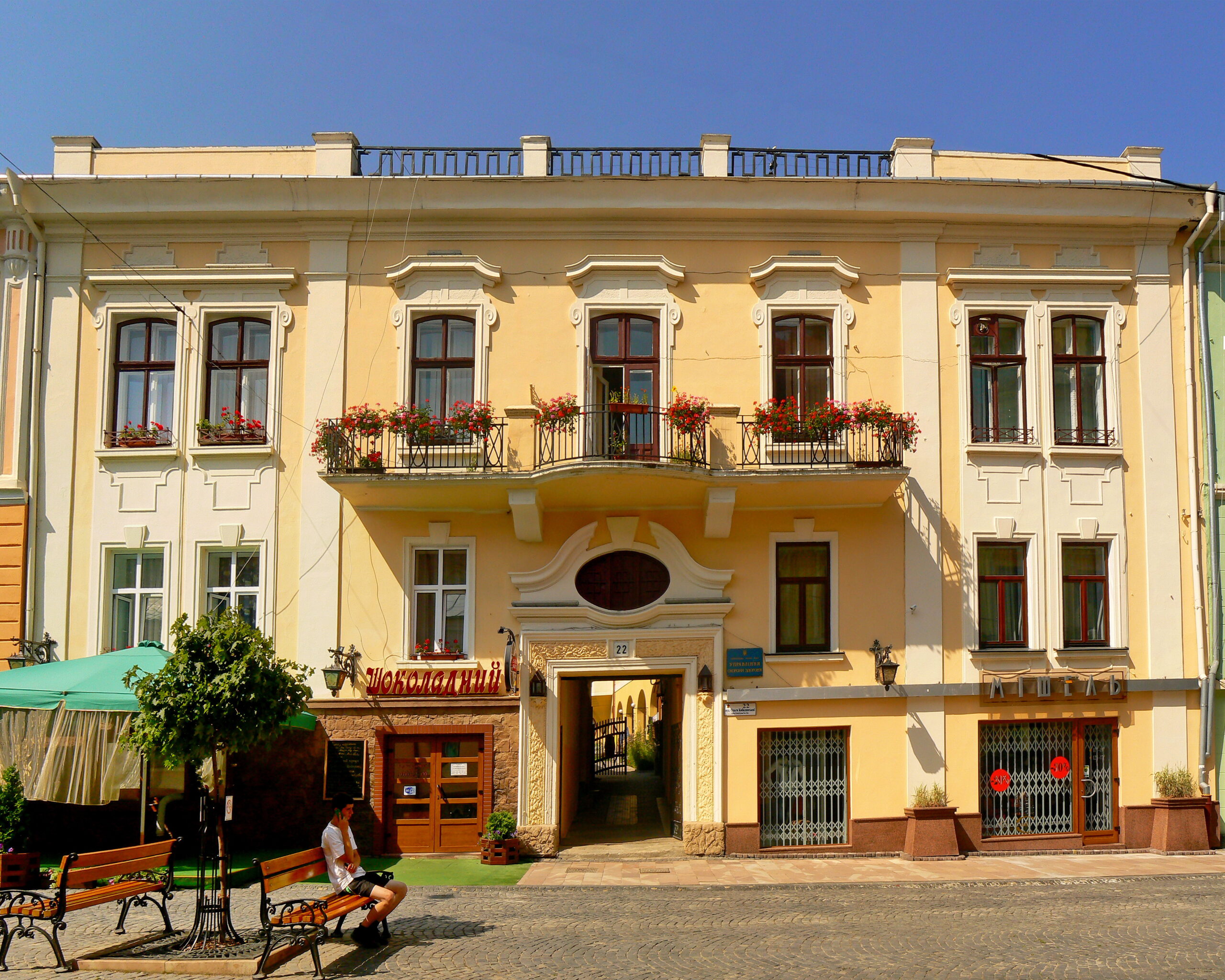 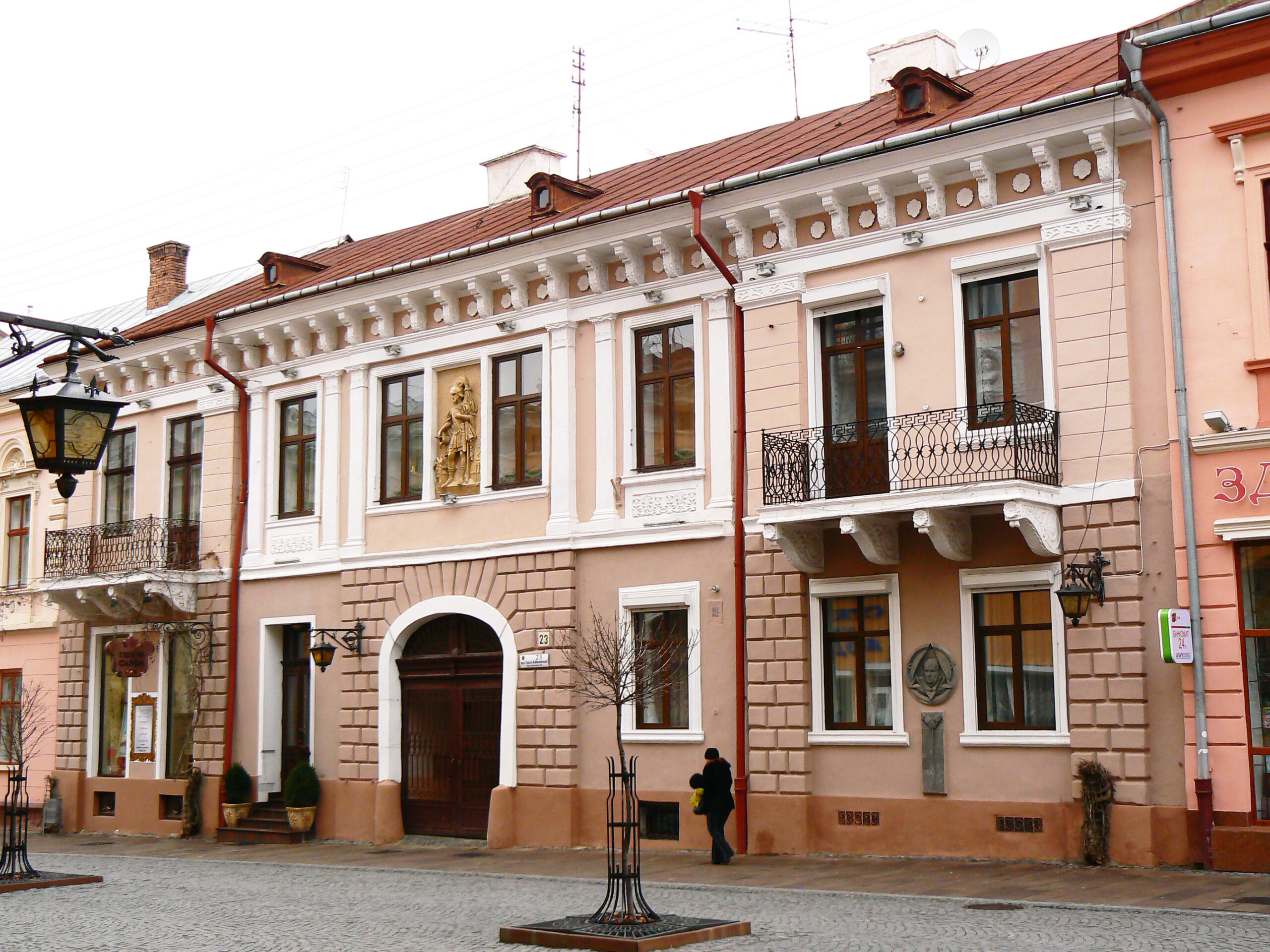 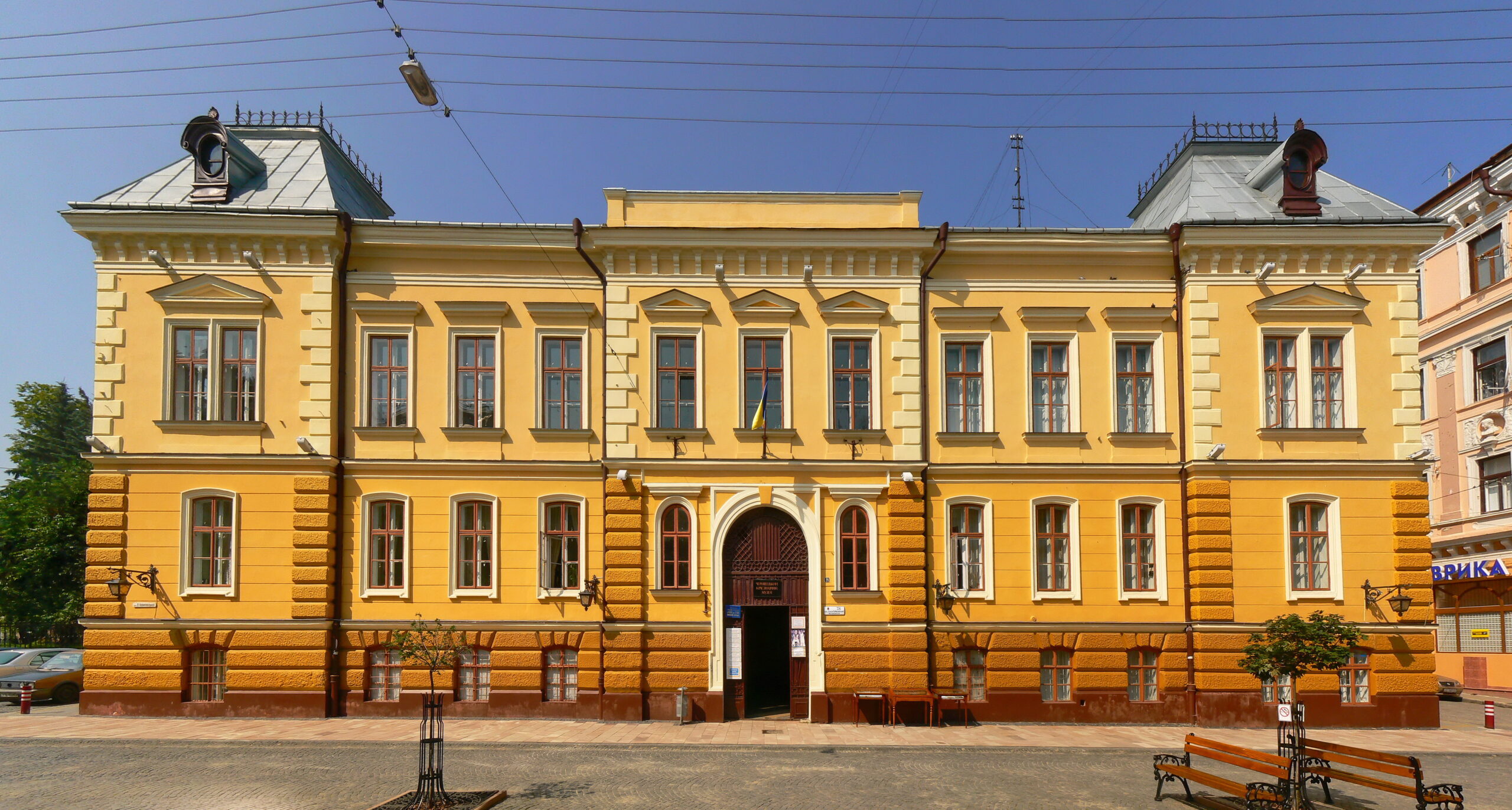 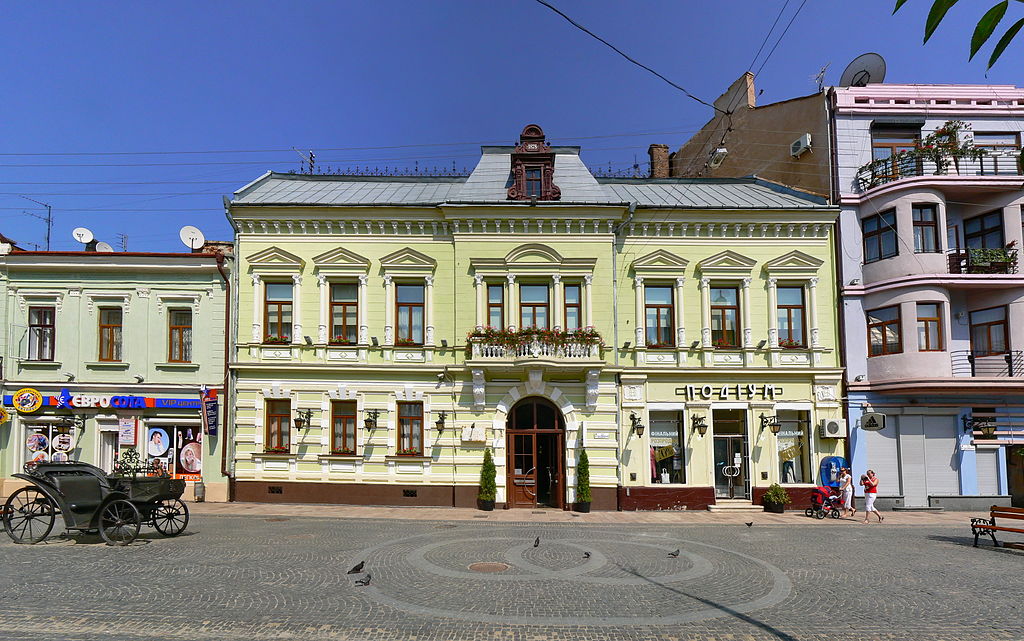