The Philarmonic Square being one of the oldest ones in the city was often renamed: “Rudolfplatz”, “Dachia”, “Peremohy”, though the old residents called this place “the Mehlplatz” (Boroshniana ploshcha). The flour was sold here in the first half of the XIX century. In the 60th of XIX century the Mehlplatz had already become not the outskirts, but almost the city center. There were no flour rows already and the other structures began to appear. In 1877 the building of the Musical Society was built here. Its walls and halls remember the most prominent music stars of XIX-ХХ centuries. Mykola Lysenko gave his concerts here. In different times a famous singer Solomia Krushelnytska performed here, a pianist Arthur Rubinstein, Joseph Schmidt born in Bukovina, a singer of the 30th with his name well-known in Europe, Enrico Caruso and Paul Morgans with their voices beyond compare, a French violin player Jacques Thibaud and others. The people’s artists of Ukraine were at the start of their carriers here such as Sofia Rotaru, Nazarii Yaremchuk, Vasyl Zinkevych, Pavlo Dvorskyi and other famous singers. The Chernivtsi Jewish Theatre also performed in this premise, with the brightest prima thereof being Sidy Thal in the 30-60th of XX century, which is an unforgettable Chernivtsi citizen, a honoured artist of the USSR.

The Philarmonic Square is full of details, they hide from the absent-minded people, but they should be noticed only once, and then you will be always looking for them. The building at the corner of Beethoven and Zankovetska streets is decorated with a dome. There is a weathercock with a symbol of so-called dog’s eye above the dome. And there are the fragments of old street publicity seen everywhere through the new paint on the wall of the building in front of philharmonic (2 Horkoho Str.). Some letters can be hardly read, but the word “spirita” can be clearly seen. One can understand at once of what they traded in here.

At the beginning of XX century the square became decorated with a stylish five-storied building of Hotel “Bristol”. This building was erected in 1906 for money of rich Chernivtsi townspeople Max Meisner and Joseph Landau. There was one of the most expensive restaurants of the city on the first floor. A roof under the red tile and a luxurious sign “Hotel Bristol” remained on the building now being used for the hostel of the medical university. Not far from the building there is an old cast iron water station restored since that time. 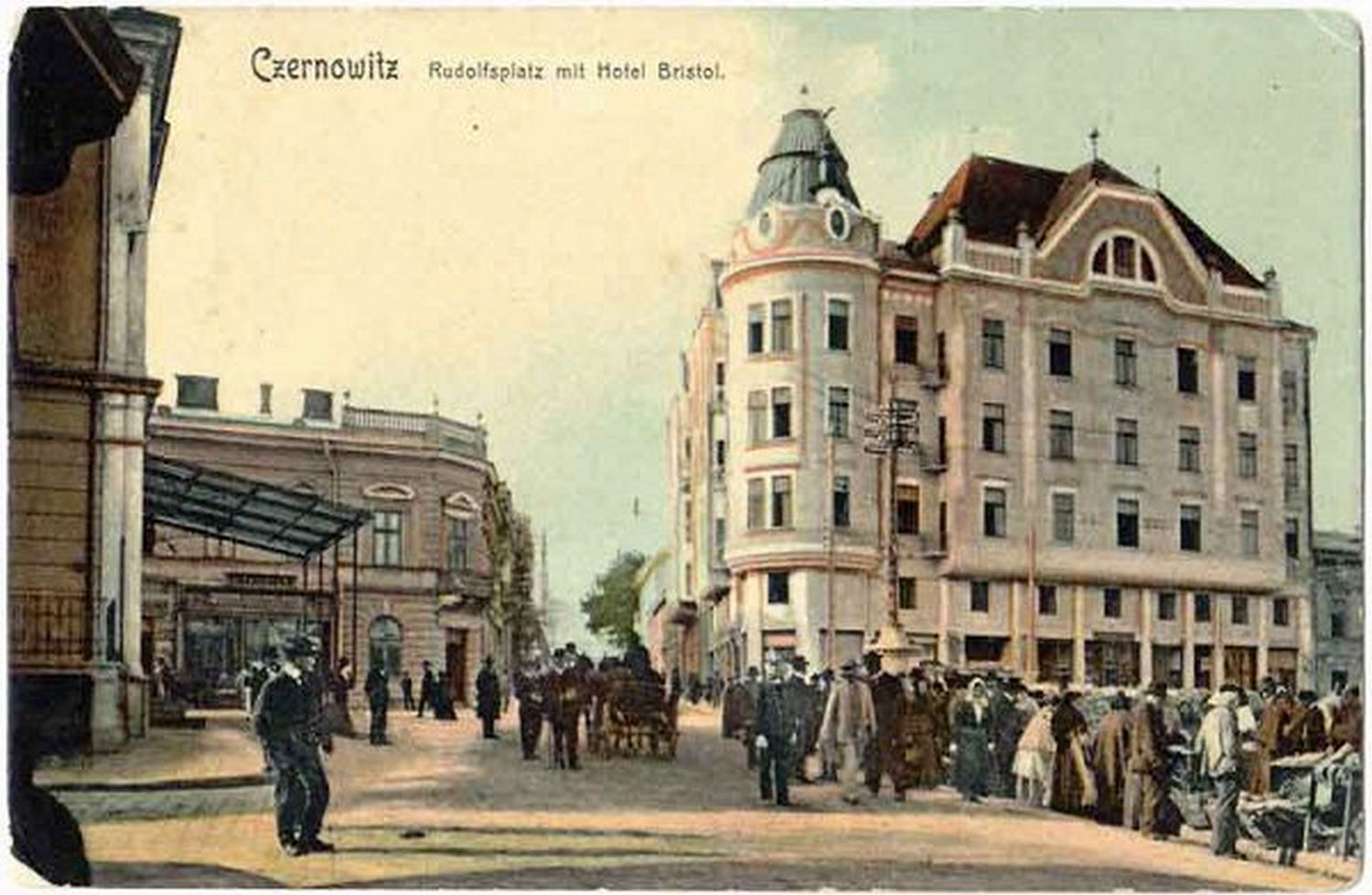 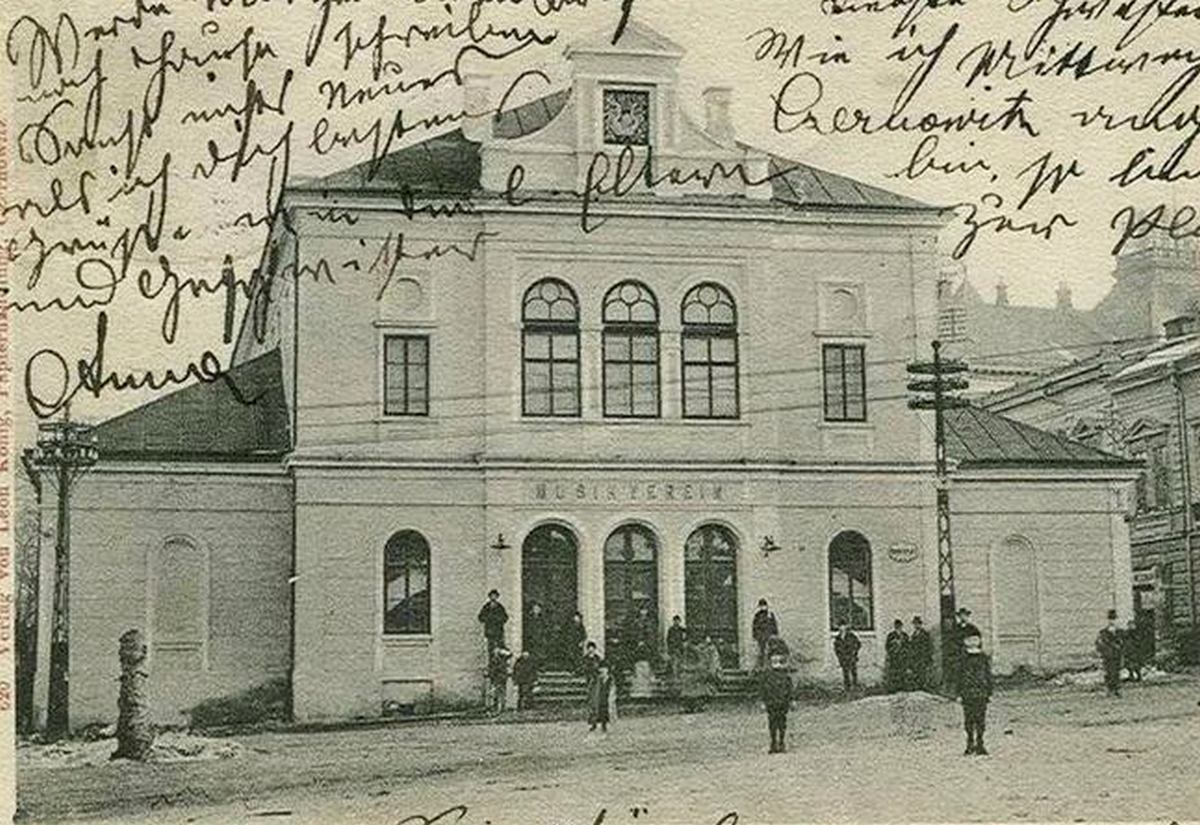 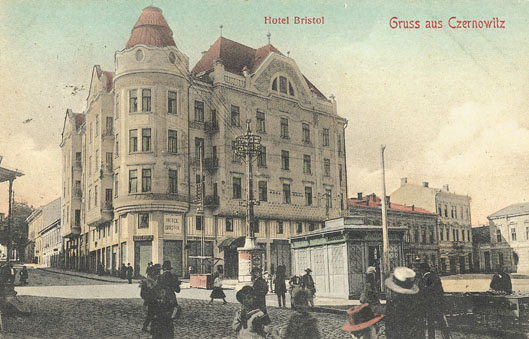 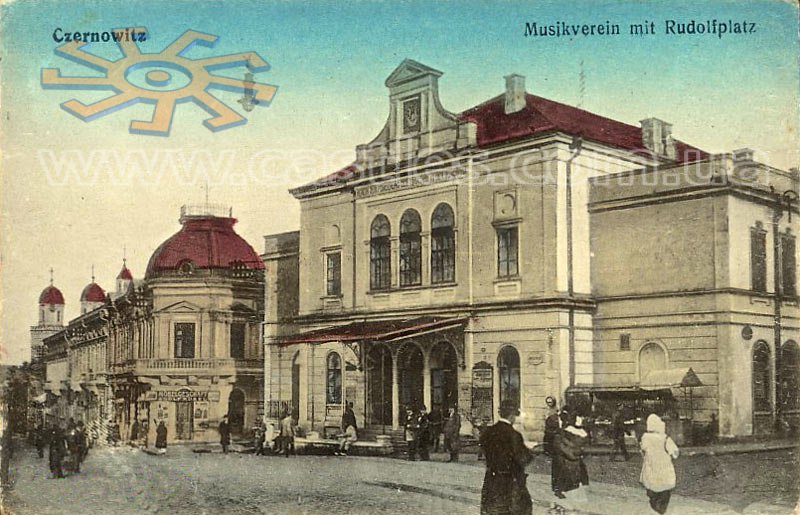