Pedunculate oak in the City Park is one of Kherson symbols. It is reportedly the oldest oak in the city.

Kherson City Park has an unusual radiating planning, which follows the English traditions of landscape art. In the center where eight tree-lined avenues cross each other right in the center of the park there is a symbol of the city – the age-old oak. The oak is considered to be about 150 years old, though some said that it is more than 200 years old. In official documents one can find different dates. According to some notes the oak was planted during the laying of the park in 1869. Other documents say that the tree was planted in 1896. For example, the old postcards picturing the oak stated: «Kherson. Oak in the park, planted by emperor Alexander III». That could happen between 1885 and 1890.

However, Kherson citizens are more interested in who planted the oak rather than how old is it. Thus, according to one theory it was emperor Alexander III. If his father Alexander II planted a memorial oakling in Odessa and there is a documentary evidence of the fact, why shouldn’t his son do the same in Kherson? Some people think that the oak was planted by Alexander II himself when he visited the park, which was named in his honor. Others tend to believe that the oak was planted in 1869 by Vice-Governor Denys Karnovych during the park restoration. However, there are those who sincerely believe, that the tree was planted by empress Catherine II during her visit to Kherson.

Whoever planted the oak, it is still amuses city residents and guests with its looks and shades. 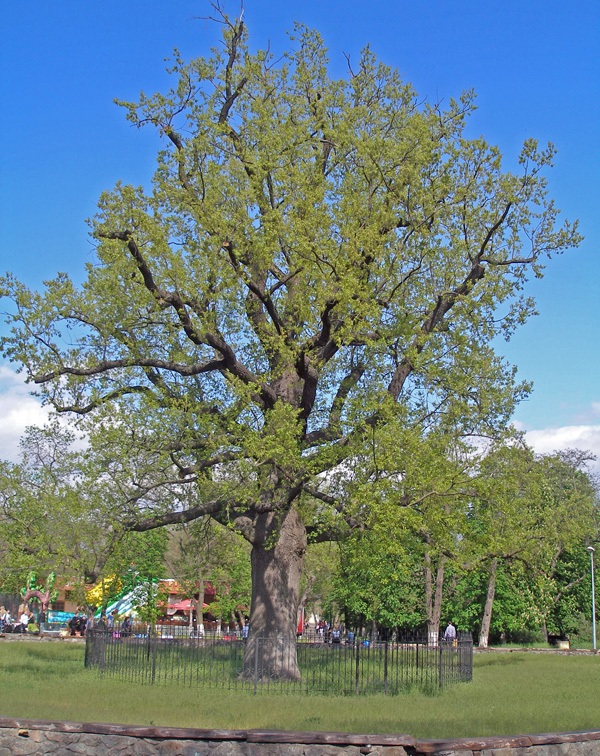 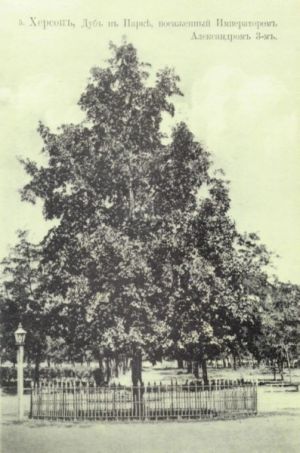