The Bust of Suvorov

A bronze sculpture of the famous commander Suvorov where he is pictured in a uniform with epaulets and a belt over his shoulder.

Kherson history is intertwined with the name of the prominent commander Alexander Suvorov, who often visited the city and for some time lived there in his headquarters.

The Bust of generalissimo Suvorov has quite a complicated history. It was cast back in the imperial period in 1904, and handed over as a gift to the museum in St. Petersburg. At that time the memory of the commander was greatly honored. And after the revolution of 1917 Suvorov became inconvenient for the Bolsheviks, as a representative of nobility rulers. Everything that was somehow connected with Suvorov, went into oblivion. That fact influenced Kherson too. It was decided that one of the main streets of the city couldn’t be maned after Suvorov. By the way, during the German occupation that street was named Suvorovshtrasse.

But time went by, and the name of the commander was rehabilitated. In 1950, memorial services were hosted throughout the country in connection with the anniversary of Suvorov’s death. That same year, the Leningrad museum staff handed a bronze bust over to Kherson historical museum as a sign of friendship. However, local authorities decided that it would be more appropriate to put the monument in the street. For six months they couldn’t choose the right place. Where were even suggestions to put it in the Lenin park, where there were already two busts – one of Lenin and the other of Stalin. Finally it was decided to put the monument in the former Suvorov street.

Since the establishment the monument there were two attempts to steal it, utilities folks painted it with brown paint that was used for wooden floors, covered it with a layer of black paint, probably wanting the bust to look like very fashionable then cast-iron moulding. Still the monument took its place of honor in the city and is still here today. 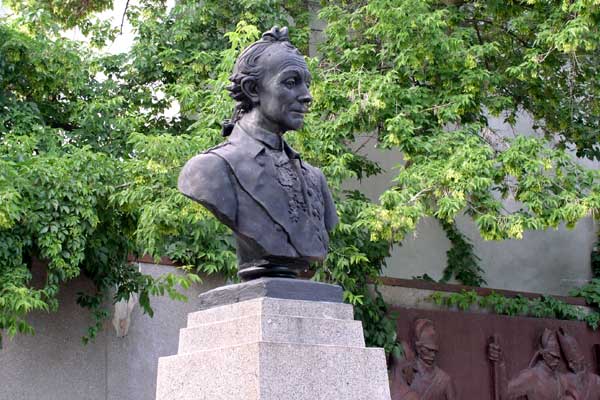 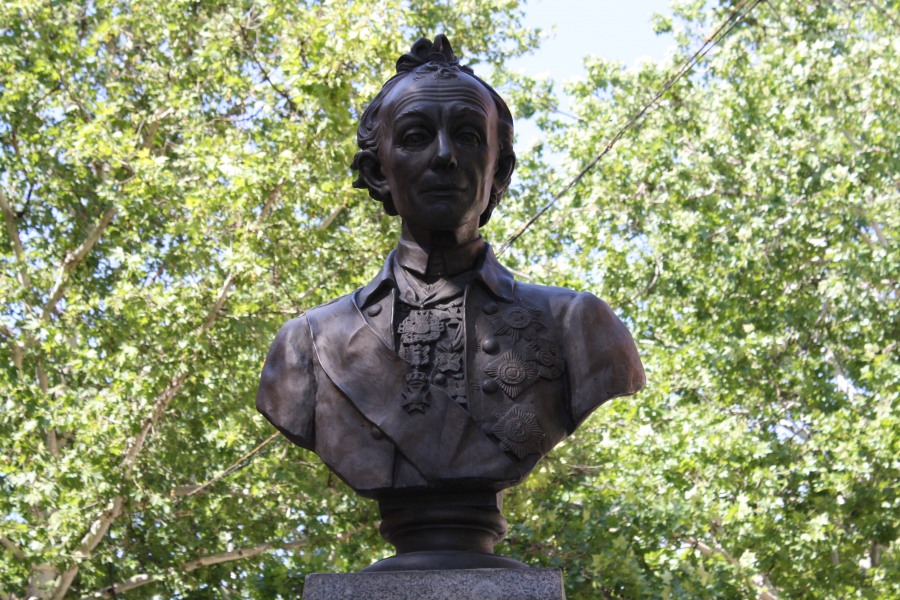 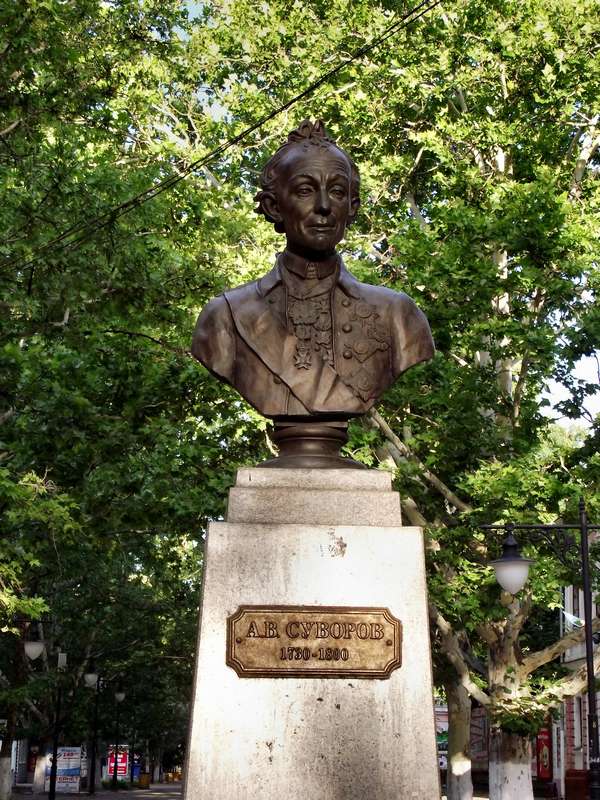 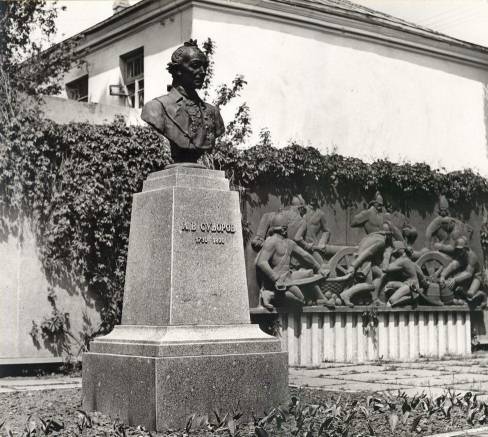