The oldest park in the city. Favorite recreational area of Kherson residents.

Parks in Kherson appeared almost as soon as the city was established. Even at the end of the 18th century. One of the first parks was built on the orders of Potemkin and was situated between the city and Kherson fortress. It was a favorite resting spot of citizens. It is known that the designers of parks and gardens were invited from abroad. This park attracted attention of the Russian empress Catherine II during here visit to Kherson.
However, after Potemkin’s death the park and the whole city gradually went into a decline. Some young trees withered because of dry weather, others were cut down. The park became a wasteland. In the early 19th century there was a parade square there where horse races took place. And in 1869 at the initiative of Vice-Governor Denys Karnovych the park was renewed. The park was named after Denys Karnovych (Denysivskyi) in honor of the person who gave it its second life. However, already in 1880 the park changed its name to Alexandrivskyi in honor of Alexander II who celebrated the 25th anniversary of his reign.
Later a ditch was dug along the park perimeter in order to protect plants from pigs and cows walking in the city. Visiting hours were set for people, and that caused discontent among the residents, as guards often had to drive the park visitors out. Gradually Alexandrivskyi Park became really popular among common people because nobility of Kherson often spent leisure time in the Potemkin Garden Square, while ordinary people preferred Alexandrivskyi Park. That place was a favorite one among hooligans too. Even police was helpless there.
At the end of the 19th century it was decided to replace the deciduous trees with pines. But they didn’t survive.
Years went by and, as it has always been, the City Park remains favorite recreational area of Kherson residents. 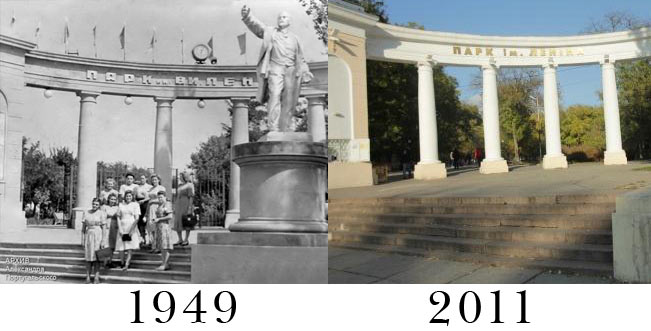 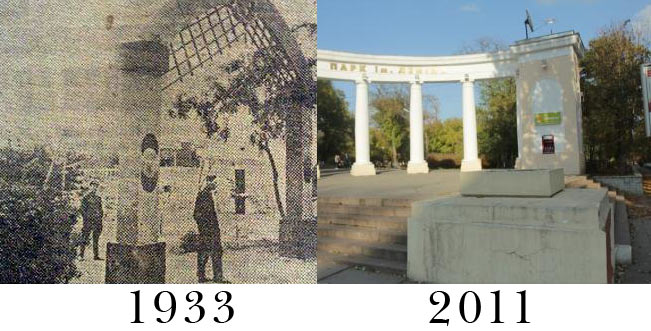