Ochakiv Gate is one of the first constructions in Kherson. Built in the form of a triumphal arc.

Ochakiv Gate is a part of the former Kherson fortress defense system. Today the modern city center is located there. Historians suggest that Kherson was established when the foundation stone of the fortress was laid. The decision to build Kherson fortress was of great strategic importance. It was to reinforce the positions of Tsarist Russia in the south after yet another Russian-Turkish war. The fortress was built using cutting-edge construction technologies, surrounded by vallation and a ditch, bastions with guns. There were two fortress gates: Moscow and Ochakiv (preserved until today) and Admiralty Pokrovsky gates.

Despite its strong defense capabilities, Kherson fortress was not involved in any military conflict. According to the order of the Russian emperor as early as in 1835 the fortress was liquidated and by 1881 almost demolished. By the middle of the 20th century even the vallation was brought down. Just a few buildings which were part of the fortress remained: St. Catherine’s Cathedral with a bell tower, arsenal, powder vault, two gates and a well, which was located near Ochakiv gate. This well, which provided the garrison with water was 60-80 meters deep and it was considered to be probably the first well in the city.

Nowadays in the territory of Kherson fortress Scythian burial places were found.

During the construction of Kherson fortress dozens of tunnels were built under it. In case of siege people could easily leave fortress using these tunnels. People say that these tunnels still remain 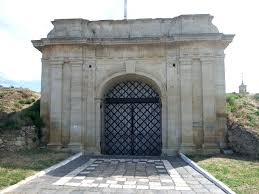 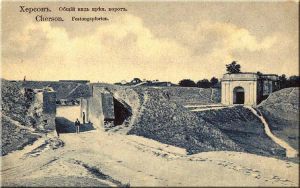 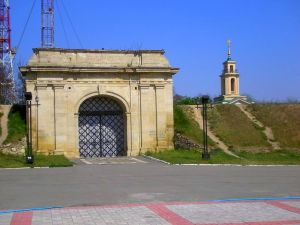 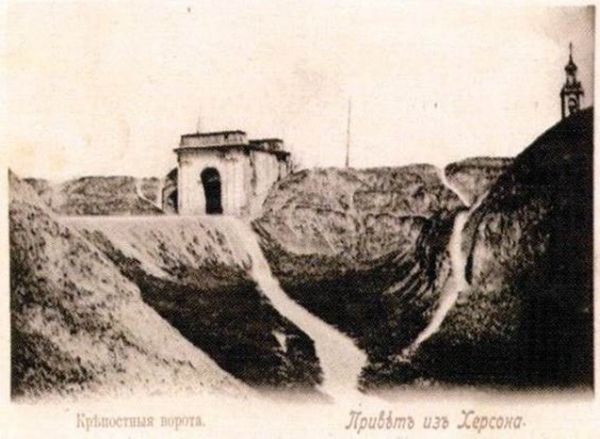