Potemkin Garden Square is the most favorite place for evening walks.

Monument to Potemkin is dedicated to the founder of the city and its first Governor-General. The figure is placed on a pedestal in armor with uncovered head, right hand rests on the field-marshal baton and left hand is on the sword.

In 1787 Catherine II visited Kherson accompanied by the Austrian emperor Joseph II. She was pleasantly surprised with the fortress city. Ten years earlier she ordered her favorite prince Grigory Potemkin-Tavricheski to establish and develop it. Even Joseph II who was seldom lavish with prise said: «This is already something!». It was expected of Kherson to become the second Amsterdam. That were the results of Potemkin’s tireless and successful work.

Catherine II wanted to build a monument to Potemkin during his lifetime. After his death it was decided to build the monument in Kherson in a vacant lot in front of the street descending down to the Dnieper river. After the monument was built, acacia trees were planted around it. In 1840 Potemkin Garden Square was established and surrounded by a fence. And in 20 years more Potemkin Garden Square was laid out geometrically, and the monument became the center of its axial alleys.

After the revolution of 1917 the monument was moved to the museum, while Potemkin’s place was taken by Marx. At the beginning of 1944, when the Nazi occupiers left Kherson, Potemkin monument disappeared. It was only in 2003 that Potemkin monument was renovated according to the old photos and returned to the Garden Square.
Legends:
Potemkin Garden Square is a favorite place for lovers. And people usually say that the monument brings luck. One has only to make his dearest wish, rub the coat of arms on the pedestal and the wish will come true. 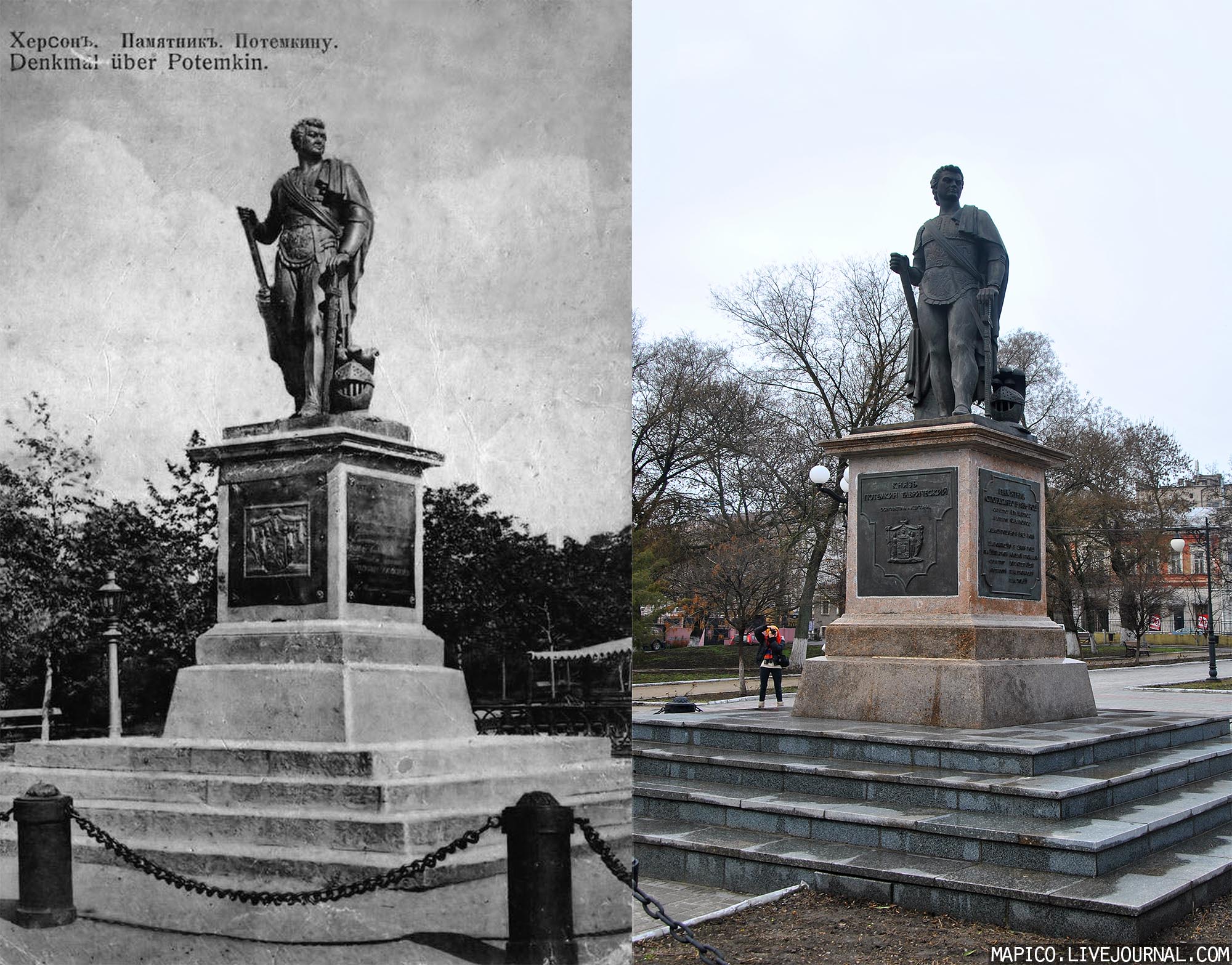 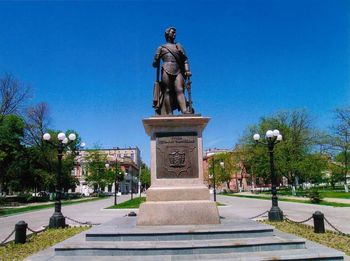 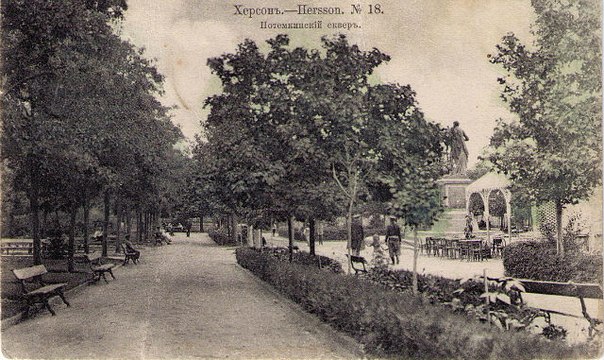