Kherson Music and Drama Theater is a center of cultural life for Kherson residents.

Kherson theatrical life started when the city was still very young. In 1830 local nobles, bought one of the houses in the city and made it suitable for the theater. It was a simple wooden building with a dirt floor and gas lighting. It looked more like a barn, but the thirst for performing arts was irresistible. Actors performed in that uncomfortable small house for nearly 50 years, until in 1883 the City Council decided to begin construction of a new theater building. In 1889 the new theater was opened.

In 1902 there was an important event in theatrical life of the city. The future reformer of theatrical art Vsevolod Meyerhold visited Kherson. His friends persuaded him from coming there. His friend Anton Chekhov said that hard timed are waiting for him in Kherson as there were no audience for plays, because there people barely needed a theater but a travelling-show: «Kherson is neither Russia, no Europe!». Still Meyerhold managed to shake the city with his plays. People from neighboring villages came to watch him play. In Kherson Meyerhold began his career as an independent director.
But times change, and so do tastes. In 1936, the troupe of young Odessa mobile theater of young workers, graduates of theater schools and other artists organized Kherson Ukrainian Music and Drama Theater which still amuses the audience with its performance.

During wartime theater building was destroyed, so it was decided to build a new building as per standard design.

At varying times famous Ukrainian and foreign theater groups of Panas Saksaganskyi, Marko Kropyvnytskyi, Mykola Sadowskyi, an Italian troupe of Tommaso Salvini were performing on the stage of the city theater. 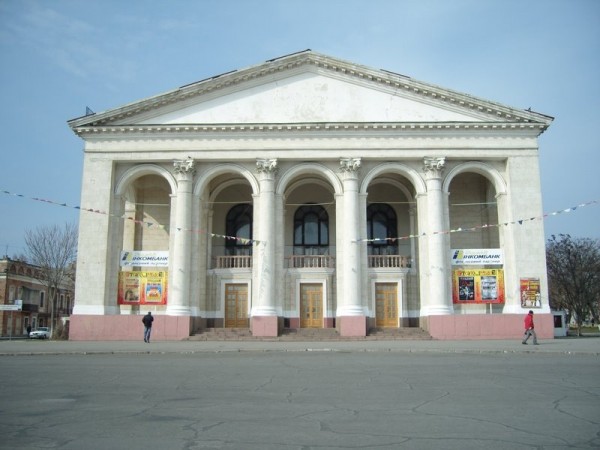 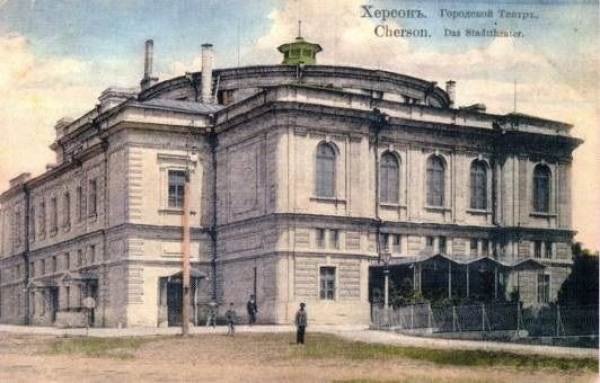 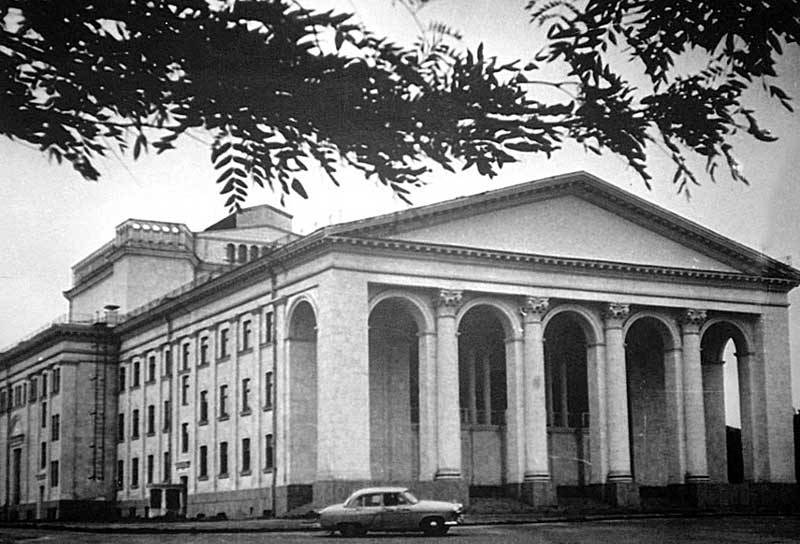