The memorial complex with the monument “Motherland” was erected in memory of the killed inhabitants of the city during the Second World War. The memorial commemorates the Cherkasy people and the soldiers who fell on the fronts and in the battles for Cherkasy. It was built in 1967, and in 1975 it was reconstructed in the complex.

The broad ritual area of the composition is completed by a burial mound with granite stairs, crowned with a 10 meters high sculpture of the Motherland. In the raised right hand there is a bowl with the Eternal Flame, the left hand is facing forward to the ritual square. On a granite-lined retaining wall there is a relief composition on a battle theme and the names of 904 warriors—inhabitants of Cherkasy, who had fallen during the Second World War, were carved on it.
Earlier at the place of the monument there was a church. The first church, built in 1671 in the Ottoman style, was considered Cossack. In 1745, a new Baroque style wooden church was built at the same place.

In 1861, funds were allocated for the new Holy Trinity Church. It was a stone-brick building. The cost for its construction amounted to 6000 rubles in silver. In 1961, so much TNT was laid under the foundation of the church that a blast wave knocked out the windows in the old building of today’s S. Gulak-Artemovskyi music school. Dispersed ground was bulked, strengthened, and then the Hill of Glory was erected. A wide panorama of Kremenchug reservoir opens from the top of the Hill. 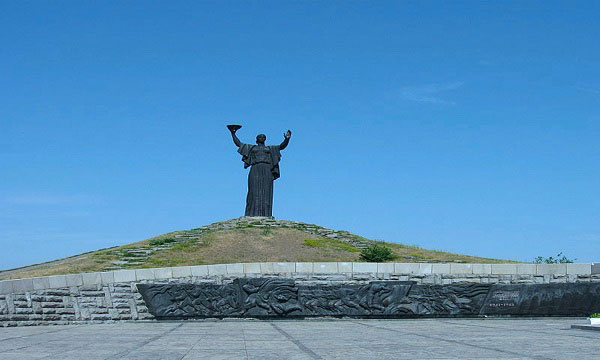 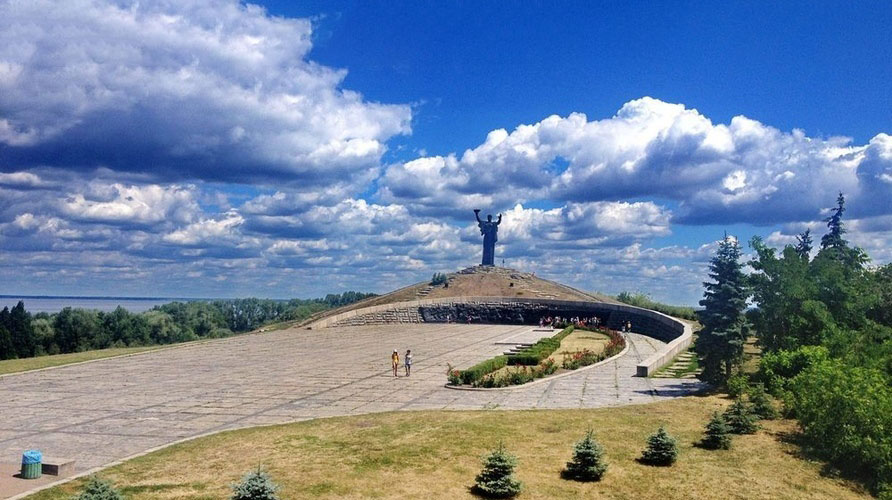