The “Swan song” by the Italian architect Bartolomeo Rastrelli. And yet the only church in Kyiv without a single bell.
According to the legend, the twelve disciples of Jesus were divided by the lot of land in which they had to go with gospel sermons to convert the Gentiles to Christianity. The apostle Andrew got, among other lands, the land of Scythia (the territory of modern Ukraine). Going up the Dnieper The Apostle way stopped at the picturesque hills overnight, and in the morning told his disciples that the place was blessed by God, and that once there would grow up a great, beautiful Christian city with many churches. This story is told us by by Nestor the Chronicler.
Beginning from the 12th and 13th centuries, the legendary Apostle Andrew – the First Called began to build churches that changed each other as they decayed and destroyed. Most likely, such short tiem of existence was due not only to the fact that they built them from wood, but also the difficult conditions of the area.
In the middle of the 18th century, under the request of Empress Elizabeth, a stone building of St. Andrew’s Church was built. St. Andrew’s church – the only church of Kyiv without bells. The reason is the bells’ function is to call for the mess, but this church there was no need as is it war ordered to be built just for one person.
St. Andrew’s Church in Kyiv is the most striking baroque monument. It is characterized by all the main features of this architectural direction: the festivity and spectacular architectural forms, a variety of decor, gilding, lightness and dynamism of the silhouette. 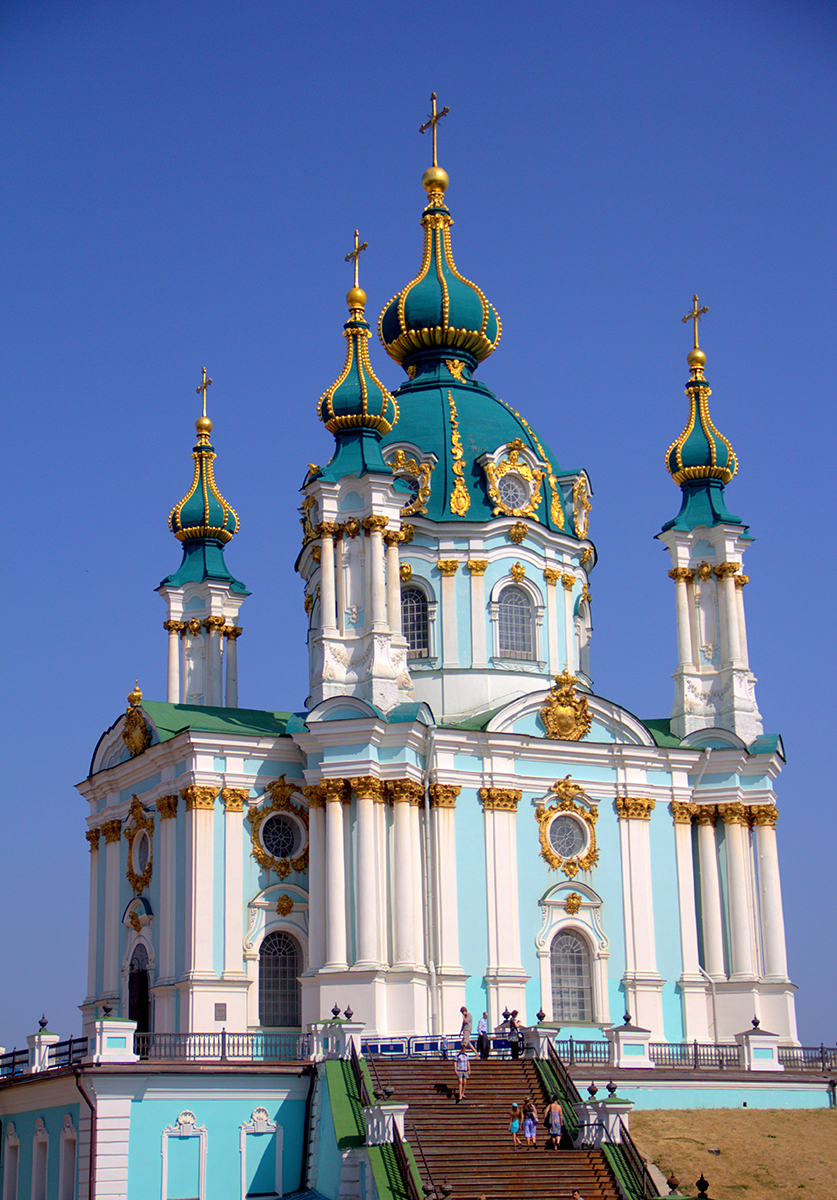 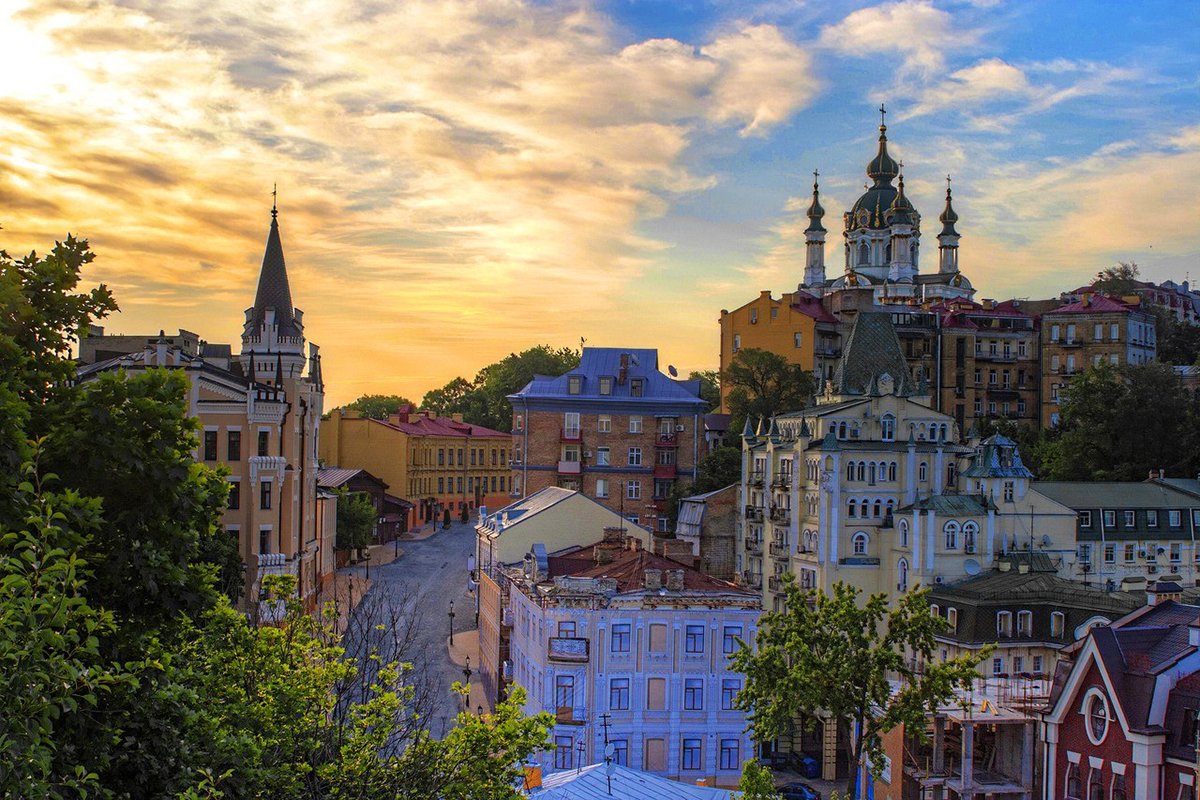 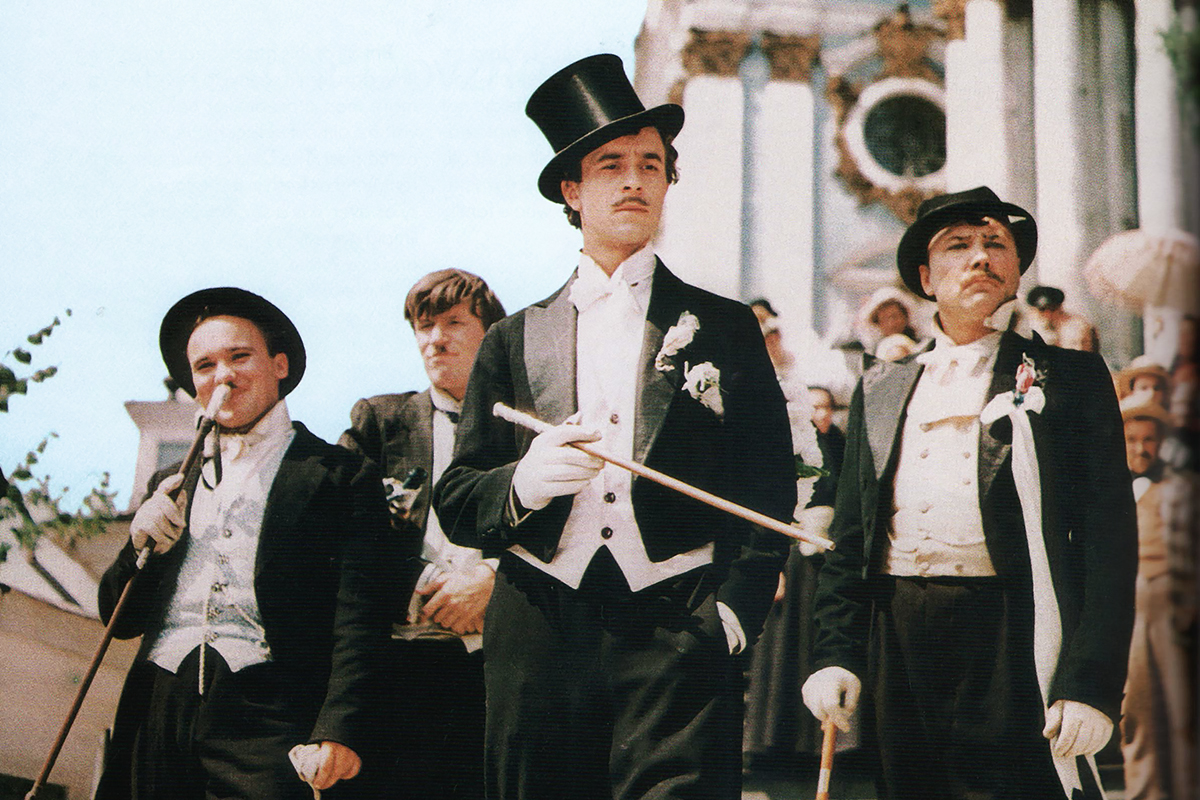