Museum of Folk Architecture and Ethnography is situated in the open area. Its exposition includes examples of huts, household and other buildings where residents of Transcarpathian region (Ukrainians, Hungarians, Slovaks and Romanians) lived.

There is a very special Stare Selo (old village) in Uzhgorod. Stare Selo is the name of the Museum of Folk Architecture and Ethnography in the open air. Here you feel like you have traveled back in time — to the time of your forefathers.

It is quite strange but there is not a single chimney in this village. The huts are called kurni (huts with neither stove nor chimney) or napiv-kurni (half kurni). To make these huts warm the smoke from hearth issued throughout the living room and in half-kurni through the entrance.

There is a church in the Museum and it is considered to be the oldest example of Transcarpathian folk architecture. It is one of the two authentic Lemkos churches left in Ukraine and preserved without architectural changes. Usually churches were built of the best building materials and the church in Stare Selo is not an exception. It is built of oak and without a single nail.

One more important public place in any village was korchma (a tavern). It is hard to compare such a tavern with a modern restaurant. At korchma one could eat, have a drink and gamble. Deals were made here, and large groups of friends gathered to celebrate. Village visitors or travelers could stay here for the night. Rich people got rooms, poor people went to the bunkhouse.

There is also a parochial school in this village. A clerk served as a teacher and school year began not on the 1st of September but after the Intercession of the Holy Virgin holiday (October, 14th), after the autumn field work was over

In Stare Selo you can also see long huts. These are the buildings where house itself and all household buildings were built under one roof. Why is it called long? Because it was efficient to build in such a way in the mountains. As it was quite difficult to build up or down the hills, people built their homes along the roads and covered all buildings with one roof. That was why the huts were long and the villages in the Carpathian Mountains looked like chains.

The Museum in the open air was built in the grounds called Witch’s Hole. People tell that in the Middle Ages witches were burnt there. The legend says that at midnight people can still hear their lamentations from the other world. 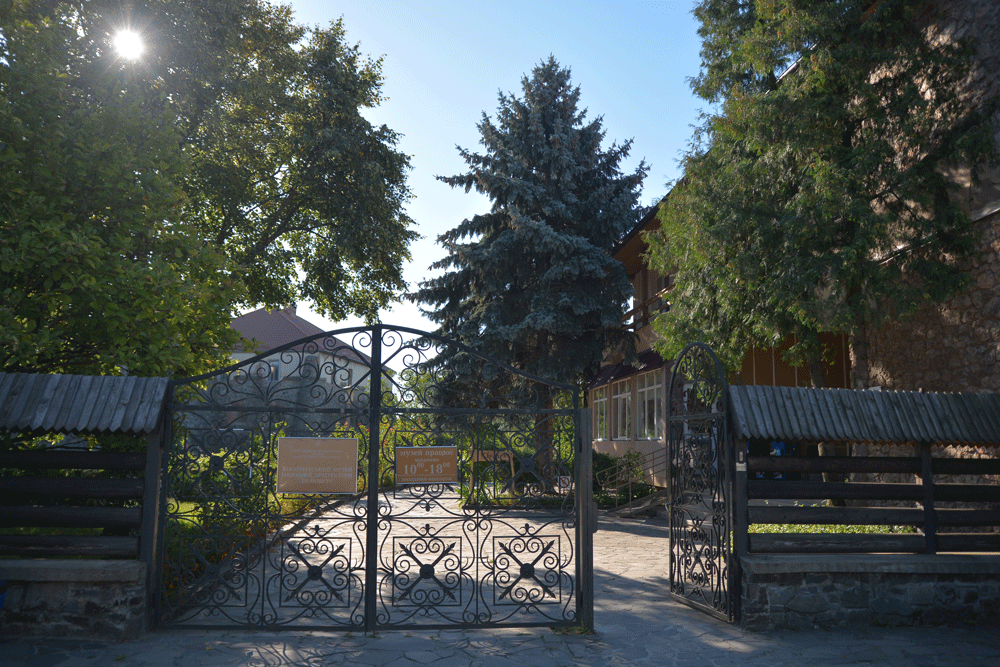 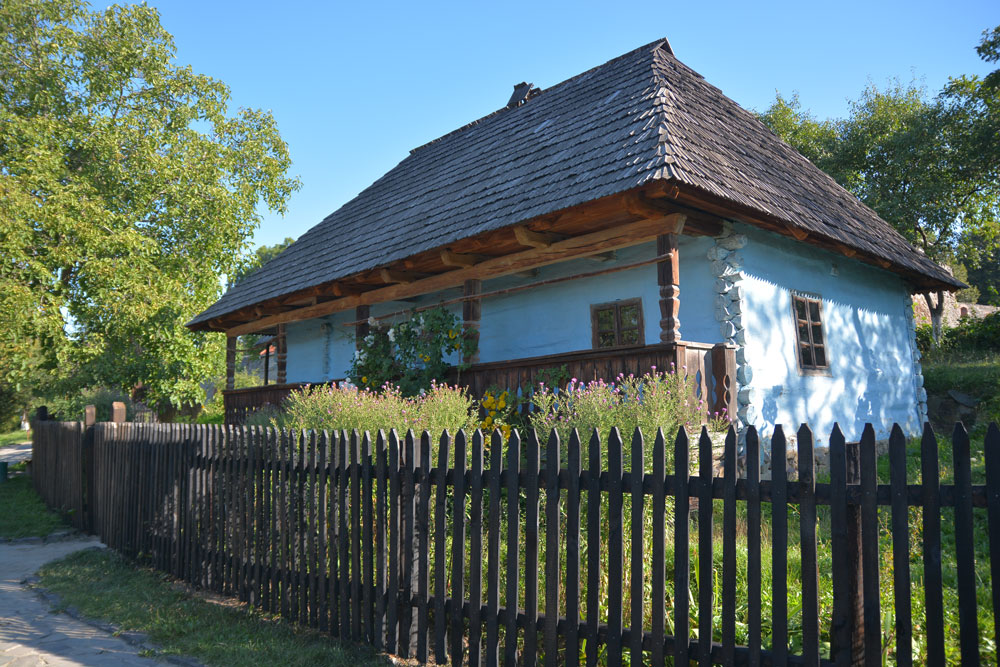 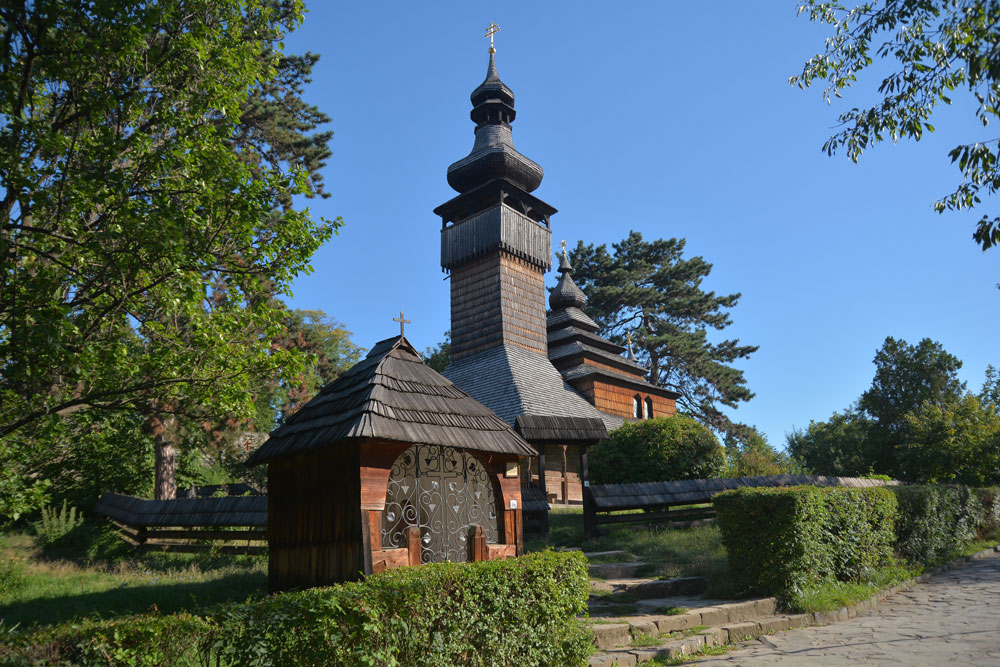 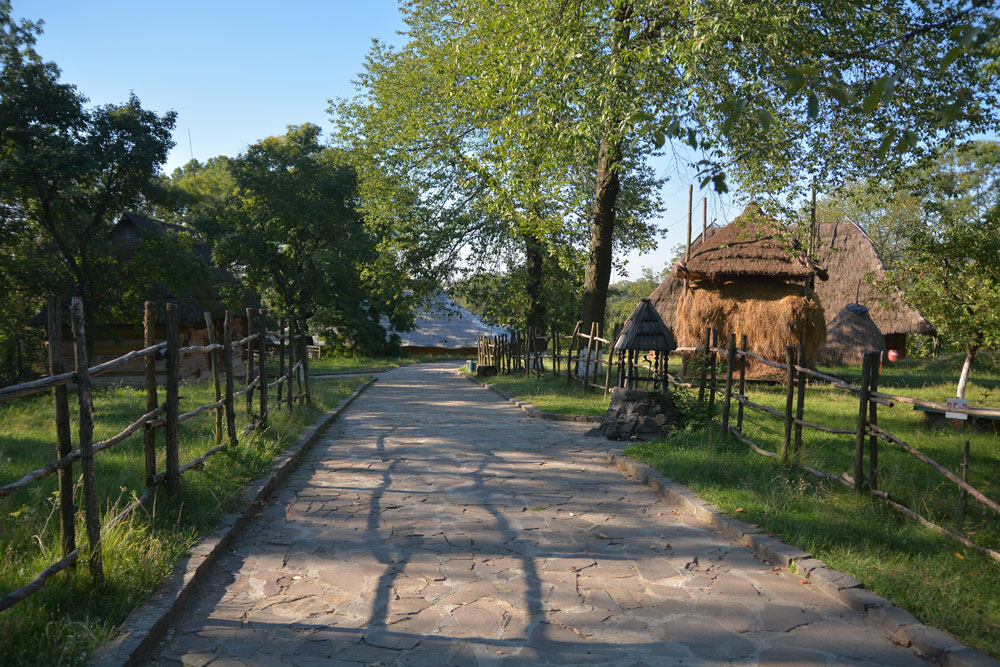 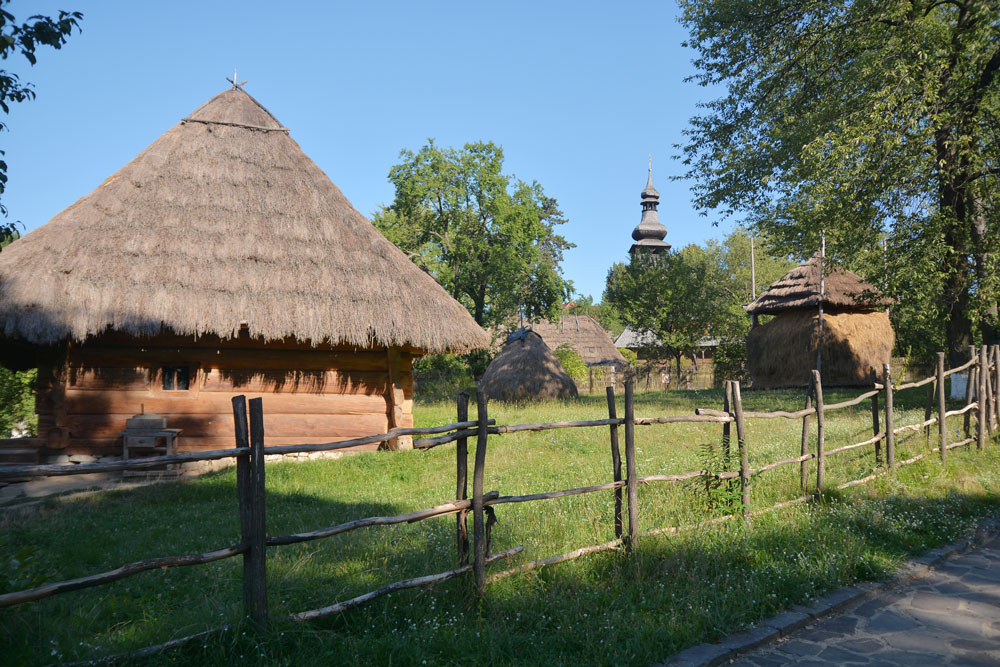